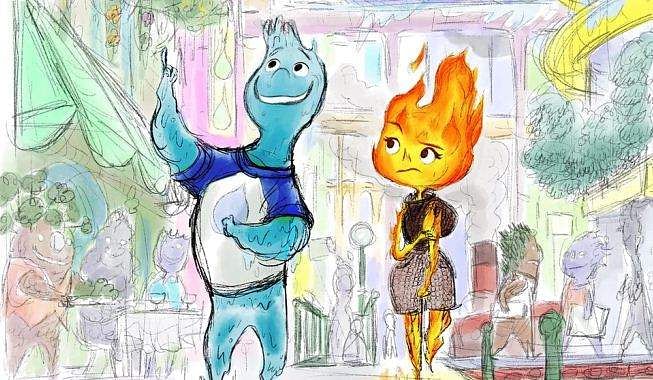 Pixar has unveiled the release date of its upcoming film Elemental. The animated feature, which has a story based on the four elements personified and living together, will release on June 16, 2023. The concept art from the film shows the two main characters walking through the bustling city which has an architecture inspired by the four elements. Peter Sohn of The Good Dinosaur, Partly Cloudy short fame will direct the film. Elemental follows the story of how these elements realize that they have a lot in common despite their differences.

The logline reads, “The film journeys alongside an unlikely pair, Ember and Wade, in a city where fire-, water-, land- and air-residents live together. The fiery young woman and the go-with-the-flow guy are about to discover something elemental: how much they actually have in common.”

Up next, Pixar has Lightyear, a spinoff of the Toy Story, which has Chris Evans voicing the human astronaut. Lightyear releases on June 17.