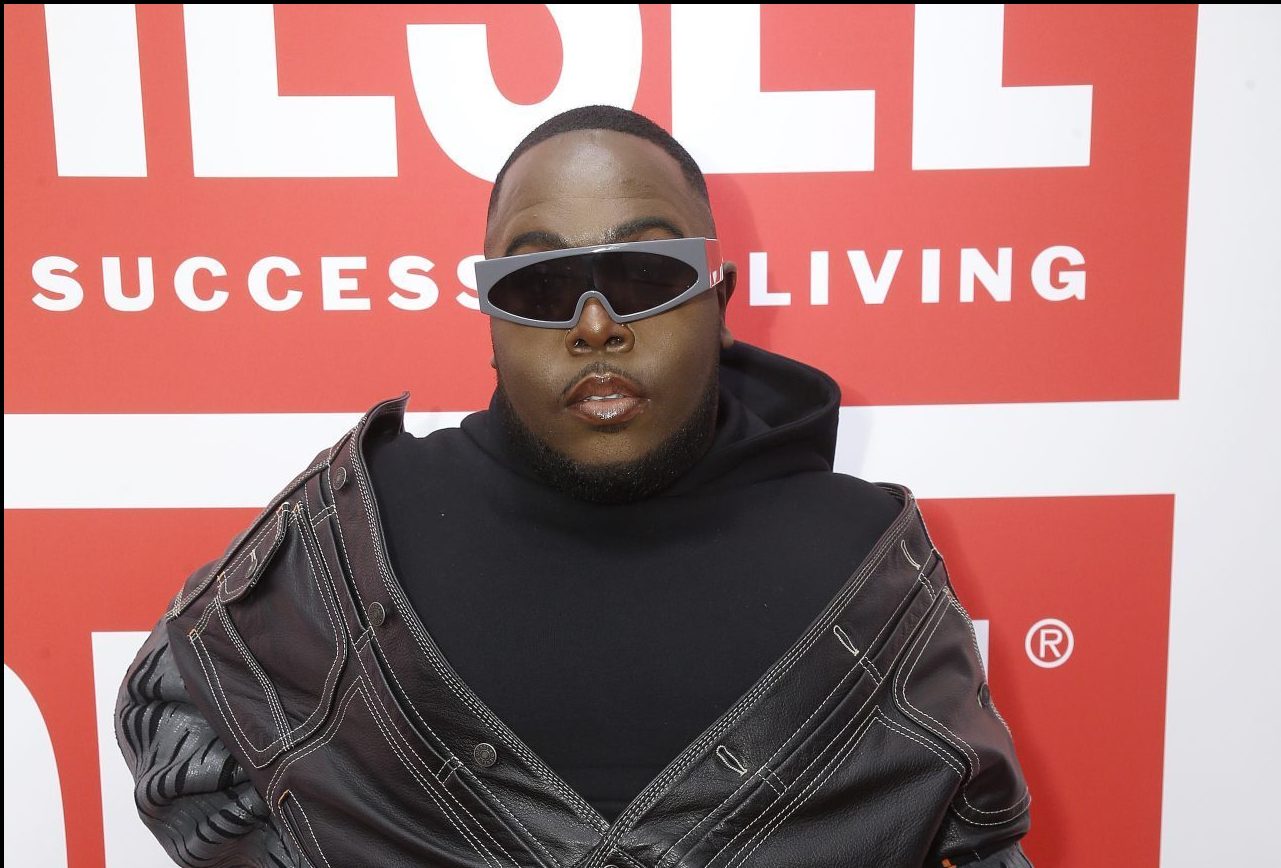 It looks like cancel culture isn’t going to squeeze an apology out of Saucy Santana! On Friday, the Material Girl rapper made it clear where he stands after being a trending topic on the wrong side of the Bey hive. Much of his approach involved an indifference to requests by fans for an apology to Beyoncé and Blue Ivy. Resurfaced tweets from 2014 showed Santana trash-talking a pregnant Bey and toddler Blue Ivy.

Before ripping into cancel culture, Santana published screenshots of past positive tweets naming Beyoncé. Unfortunately, the enthusiasm in those tweets, including quoting her Lemonade album and complimenting a performance, did not match his 2014 energy. At the time, the rising rapper suggested Blue was not only “nappy-headed” but no match for North West in the looks department. As for Beyoncé, he called the pregnant mother of twins dry-looking in a quote tweet of someone praising her preggo glow.

Nonetheless, according to the rapper’s Friday response, he will only apologize to those he offended–no matter how people online feel about it.

“Fake woke a** b*****s!!! People don’t care about old tweets. The internet have this weird thing with power! Thinking they have the power to cancel someone….NEWS FLASH! You don’t! Y’all be thinking y’all have someone by the balls about situations you don’t give a damn about,” Santana tweeted.

The rapper continued to air his thoughts just seconds apart. Then, in a follow-up tweet, he highlighted the humanity behind famous people and his increasing public silence.

“Celebrities are human. Not robots and they damn for sure ain’t perfect,” Santana wrote. “I still talk about a b***h like a dogggggg til this day. Not publicly because my opinions matters to a lot of ppl now. I be chillin. I don’t even insert myself in sh*t that don’t involve me.”

Santana Says He Was “Miserable And Broke” When He Posted The “Childish, Hateful” Tweets

Still going, he blamed the trending moment on miserable, broke people attempting to “ruin ppl careers.” He then took accountability for the tweets before claiming to have a different mindset eight years later.

“Stop all that cap! Tryna ruin ppl careers cuz you at home miserable and broke,” Santana wrote. “I was miserable and broke too making childish, hateful tweets in 2014. I’m 28 years old. A grown a** adult. A completely different mindset on life from when I was 20. But y’all knew dat.”

Santana then retweeted a message of support that said, “y’all wanna find a reason to hate Saucy Santana so bad, it’s giving…dangerously in love.” He added the word “dangerously” to the apparent Beyoncé reference.

The Rapper Hints That His Apology Will Be Direct Versus Online

It appeared that Santana was not only tweeting but reading the multi-platform responses to his words. He aimed at people in comment sections urging him to apologize.

“It be the people in the comments…tryna force you to apologize or say sorry. To who?! To y’all!? If I did something to offend someone I should I apologize to them,” he wrote. “Not u b***s. Told y’all, y’all think got power over ppl. But, go head.”

Santana seemed to settle after his last jab at social media users speaking on his responses. But then, artist and DJ BeatKing advised Santana to give an apology, and things got fiery again.

“Mannn @ Saucy Santana bruh you need to just apologize on stage tomorrow at Summer Jame cause you got a whole show in Houston tomorrow and the Houston BeyHive hit a lil different.”

The Walk rapper shot back at BeatKing, accusing him of seeking a viral moment rather than giving genuine advice.

“Bruh you dead a** just texted tryna get me to help you get a song w/ Caresha,” Santana responded. “That means you got my number. Don’t speak to me publicly w/no bullsh*t tryna get a moment. U could’ve texted that or had no comment at all.”

BeatKing didn’t hold back his Twitter fingers! The DJ called out the rapper for responding to his tweet but leaving his message on read.

“Sooo you saw the text and didn’t reply lol but you can reply on Twitter about apologizing to a child,” BeatKing wrote. “Was just tryna warn you about my city (PUBLICLY) to maybe ease the tension tomorrow but you got it.”

Santana then took the opportunity to let BeatKing know two things: he doesn’t need any help, nor will be apologizing on any stage.

“I ain’t reply because I couldn’t help you! Just like ion need you to help me,” Santana said. “Why would I go to a show and apologize to a crowd? I’m fenna show u how to do this sh*t tmrw.”

When a Twitter user pointed out BeatKing’s lack of “malicious intent,” Santana said his comments had “viral intent” behind them.

It had “viral” intent. Sitcho ass down

Santana Set To Perform At Summer Jam HTX On Saturday

Both Saucy Santana and BeatKing will take the stage at Saturday’s Summer Jame HTX. No word yet from the festival organizers on whether there have been any changes to Santana’s appearance. By Saturday morning, Santana was again trending on Twitter. And the BeyHive found its way to his Instagram comment section–flooding it with the signature Bey emoticon, a bee.