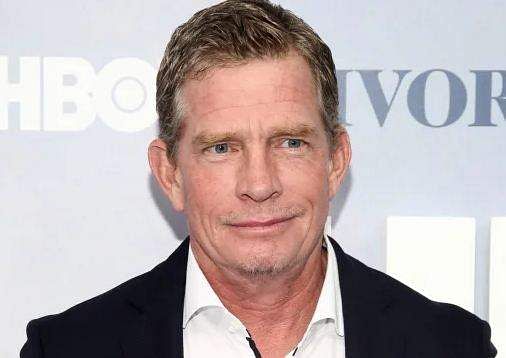 Actor Thomas Haden Church, best known for playing Sandman in Spider-Man 3, has joined the cast of the upcoming live-action series adaptation of the video game franchise Twisted Metal. The actor will star opposite the previously announced leads, Anthony Mackie and Stephanie Beatriz.

Based on the classic PlayStation game series, Twisted Metal is billed as a high-octane action-comedy about a motor-mouthed outsider named John Doe (Mackie) offered a chance at a better life, but only if he can successfully deliver a mysterious package across a post-apocalyptic wasteland. With the help of a trigger-happy car thief, he’ll face savage marauders driving vehicles of destruction and other dangers of the open road, including a deranged clown who drives an all too familiar ice cream truck.

The series has an original draft written by Rhett Reese and Paul Wernick. Haden Church will play Agent Stone, a highway patrolman working in the post-apocalypse. Stone rules his stretch of power with an iron fist, coming down on even the smallest infractions with harsh judgments. Above all, he seeks to bring order back to the Divided States of America, even if he does so with deadly force.

It was previously revealed that Beatriz will play a character called Quiet, a car thief who relies purely on her instincts. Driven by a need to find her place in this chaos-filled world, her vision becomes clouded by revenge, leading her to form an unlikely and antagonistic connection with John Doe.

Twisted Metal is produced by Sony Pictures Television, PlayStation Productions, and Universal Television. The series is expected to release in 2023.