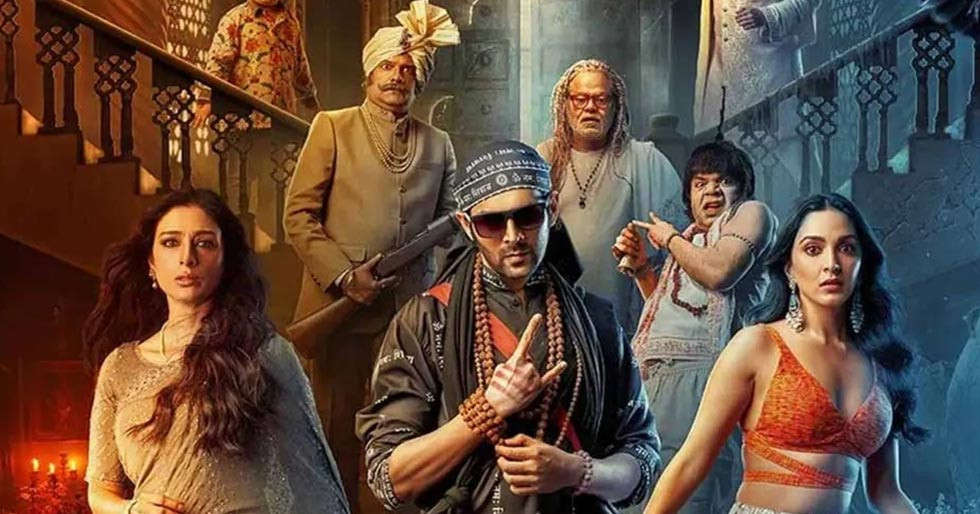 Bhool Bhulaiyaa 2 by Kartik Aaryan and Kiara Advani has broken numerous box office records since its release. The horror-comedy, directed by Anees Bazmee, has dominated the Indian box office since May 20. In fact, Bhool Bhulaiyaa 2 was the first film to break Bollywood’s box office drought. Even after the success of Kartik Aaryan’s film, no Bollywood film has performed well in theatres. Kartik has described his film as “unstoppable” as it continues to be successful.

It collected 3.80 crores on Sunday, bringing the total to 171.52 crores. At the box office, the film has pushed other big-ticket entertainers aside.

Family audiences continued to trickle in over the weekend, even after the film had been out for 24 days, with Saturday and Sunday collections more than doubling the weekday figures.

Meanwhile, Kartik Aaryan discussed the success of Bhool Bhulaiyaa 2 in an interview. “I took Rooh Baba’s outfit after the wrap of the film. It is a special costume. Whenever I wore it in the film, the audience clapped and cheered and it was so satisfying. This film and this character will always remain close to my heart. Whenever I come across the cape, I get super overwhelmed, reminiscing of the good old shoot days. It’s a very special emotion,” said Kartik.

Kartik is working on a few interesting projects at the moment. He’ll be seen next in Shehzada, opposite Kriti Sanon. The film is being produced by Bhushan Kumar, Aman Gill, and Allu Aravind and is said to be a remake of Allu Arjun’s hit film Ala Vaikuntapurramuloo. Kartik will also appear in Freddy, opposite Alaya F, and Hansal Mehta’s Captain India, in addition to Shehzada.