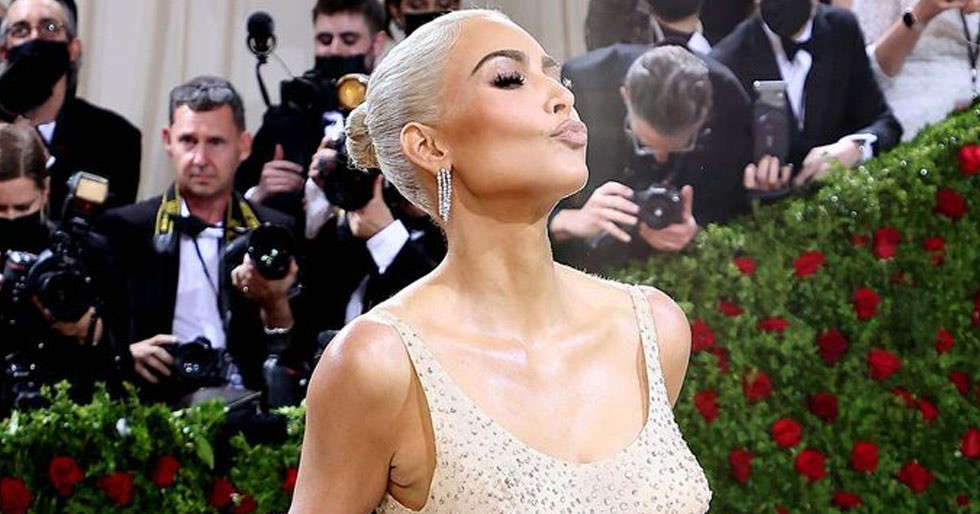 According to reports, Kim Kardashian has damaged the iconic crystal-embellished dress worn by Marilyn Monroe. Kim had borrowed the dress from Ripley’s Believe It Or Not for the 2022 Met Gala. The news source cited that there has been damage to the dress that includes missing crystals and some crystals hanging by the thread.

In an Instagram post, the source has shared a before and after picture of the dress. It highlights clearly that damage has been done to the dress. It also mentioned the exhaustive efforts by Ripley’s Believe It Or Not to preserve the dress. During the Met Gala, a security team oversaw Kim’s every move. There was also a representative who could pull the plug whenever he wished to.

In a statement released By Ripley’s, they mentioned that the iconic dress worn by Monroe to sing Happy Birthday President was 60 years old. It is an iconic piece of fashion from both historical and pop culture perspectives. They also added that the dress was never with Kim alone and that a representative of Ripley’s was always present with her.

Kim Kardashian also revealed that she crash dieted to fit into the dress. In an interview, she added that she did not do anything unhealthy to fit into the dress. Bob Mackie, who assisted the original designer of the dress Jean Louis to make the dress also spoke to the media. He said that Marilyn was a goddess and just fabulous. He also added that it was designed for her and nobody else should have been seen in that dress.