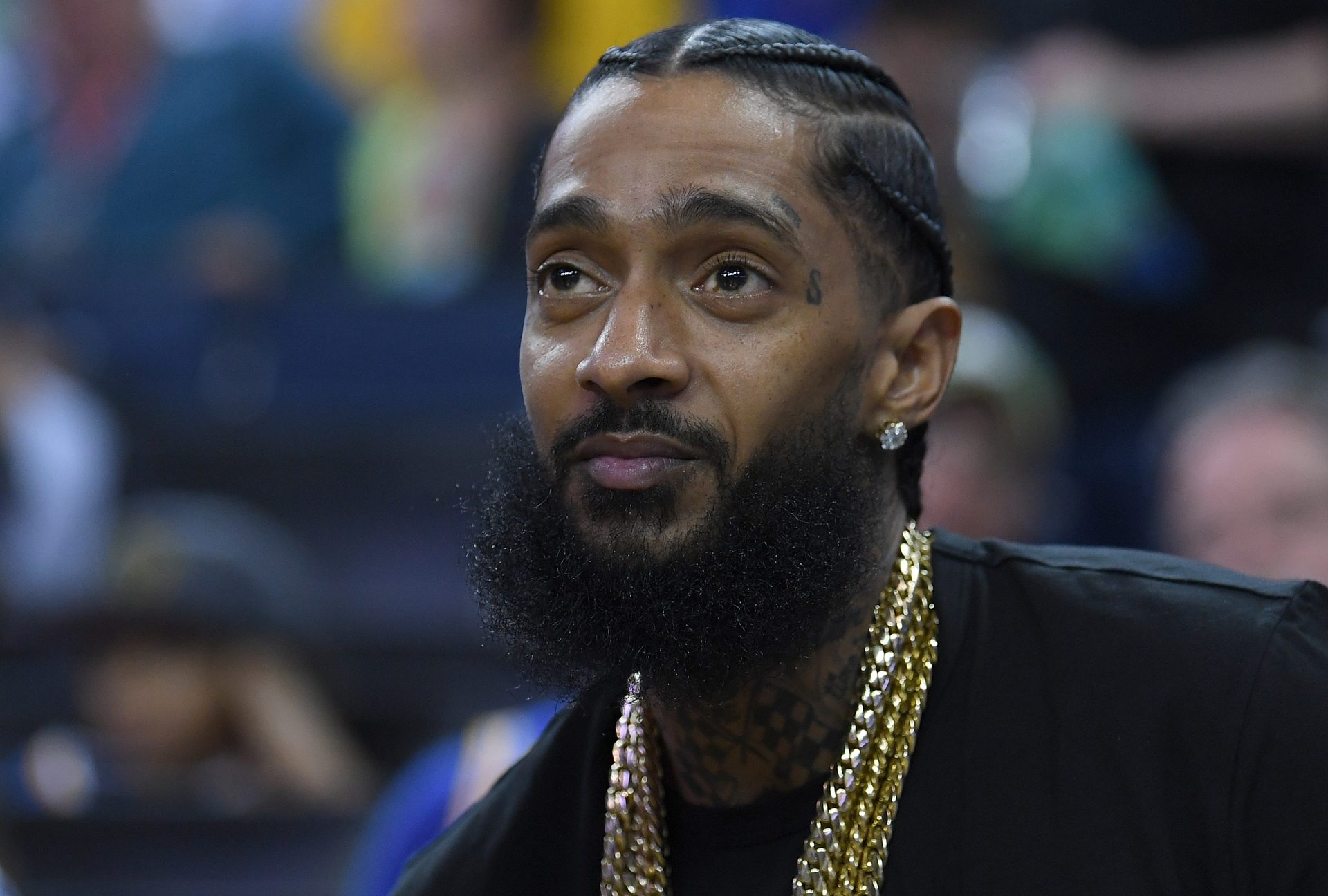 The trial for Eric Holder Jr. continued on Monday with testimonies from key witnesses at the scene where Nipsey Hussle was violently executed three years ago. According to Rolling Stone, the first to testify was one of the two men injured when Nipsey Hussle was shot multiple times in a South Central, Los Angeles parking lot. The witness recalled that he likely heard the rapper’s words.

“He shot me. He shot me,” Hussle said as he lay bleeding on the ground outside his Marathon clothing store after the shooter fled the scene, witness Shermi Villanueva, 47, recalled to the courtroom. Villanueva and his uncle, Kerry Lathan, were talking to Hussle while standing between two parked cars moments before the suspect allegedly walked up and started firing.

“I heard it, and then I saw Nipsey fall. When I looked and see Nipsey, I started to run.”

Villanueva also testified that he had never heard the shooter speak before he opened fire. There had been no sense anyone was in danger leading up to the deadly attack, he testified.

Bryannita Nicholson testified that she acted as Eric Holder’s getaway driver unwittingly during the murder trial for Nipsey Hussle. Nicholson, a 35-year-old home healthcare aide, met Holder while working as a Lyft driver. She described their bond as a casual dating relationship with no strings attached. On the day of Hussle’s death, Holder directed her to The Marathon store’s parking lot, where he engaged with the rapper in a conversation about “snitching.”

“Did you say I snitched?” Holder asked Hussle; she testified to jurors. She said Holder was loud but not aggressive. “It didn’t sound like he was mad.”

Nicholson said Hussle posed for a photo with her, and a while later, she and Holder drove around the block. Holder started loading bullets into a black semiautomatic gun while seated in her car. She testified asking him to put the gun away, and he complied. Holder jumped out of the car and told her not to leave until he returned moments after. She said she saw Holder turn a corner back toward Hussle’s store and then heard multiple gunshots. Holder then reappeared and demanded she drives with a “stern” voice.

Nicholson drove Holder back to Long Beach and testified she didn’t hear that Hussle had been killed until later that night. Holder, 32, has pleaded not guilty to one count of pre-meditated murder for the slaying of Hussle and two counts of first-degree attempted murder for the injuries to Villanueva and Lathan.