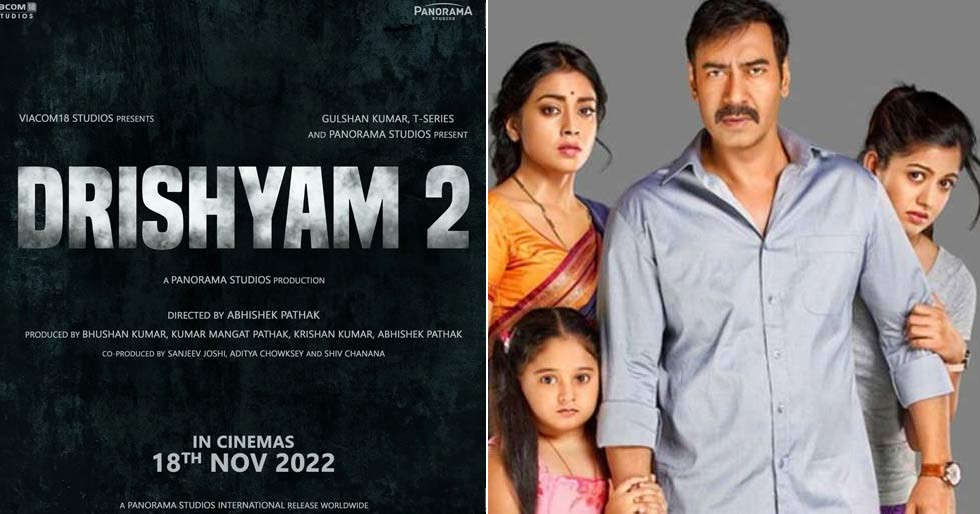 After years of waiting, Ajay Devgn and Tabu have finally announced the release date of Drishyam 2. The crime thriller film is the sequel to Drishyam which arrived in 2015. Ajay and Tabu will be reprising their roles in the Abhishek Pathak directorial.

Back when Drishyam had released, it left audiences hooked with its thrilling plot and Ajay Devgn’s portrayal of Vijay Salgaonkar was hailed by fans. Now, the makers have announced that the sequel, Drishyam 2 will arrive in cinemas on November 18 this year. Devgn took to his social media handles to share the exciting update. He wrote, “Attention! #Drishyam 2 releasing in theatres on 18th November 2022.”

Check out the title poster that was unveiled with the announcement here:

To note, production for Drishyam 2 began in February this year. Apart from Ajay Devgn and Tabu film will also see Shriya Saran reprise her role as Nandini Salgaonkar. While the upcoming sequel will see many familiar faces, a new addition is actor Akshaye Khanna who has reportedly been roped in for a pivotal role. Details about his character are under wraps for now. However, Tabu did share a behind-the-scenes photo with the actor as she welcomed him to the cast. Check it out here:

Tabu was last seen in Bhool Bhulaiyaa 2 while Ajay Devgn appeared in Runway 34. Drishyam 2 arrives in cinemas on November 18.