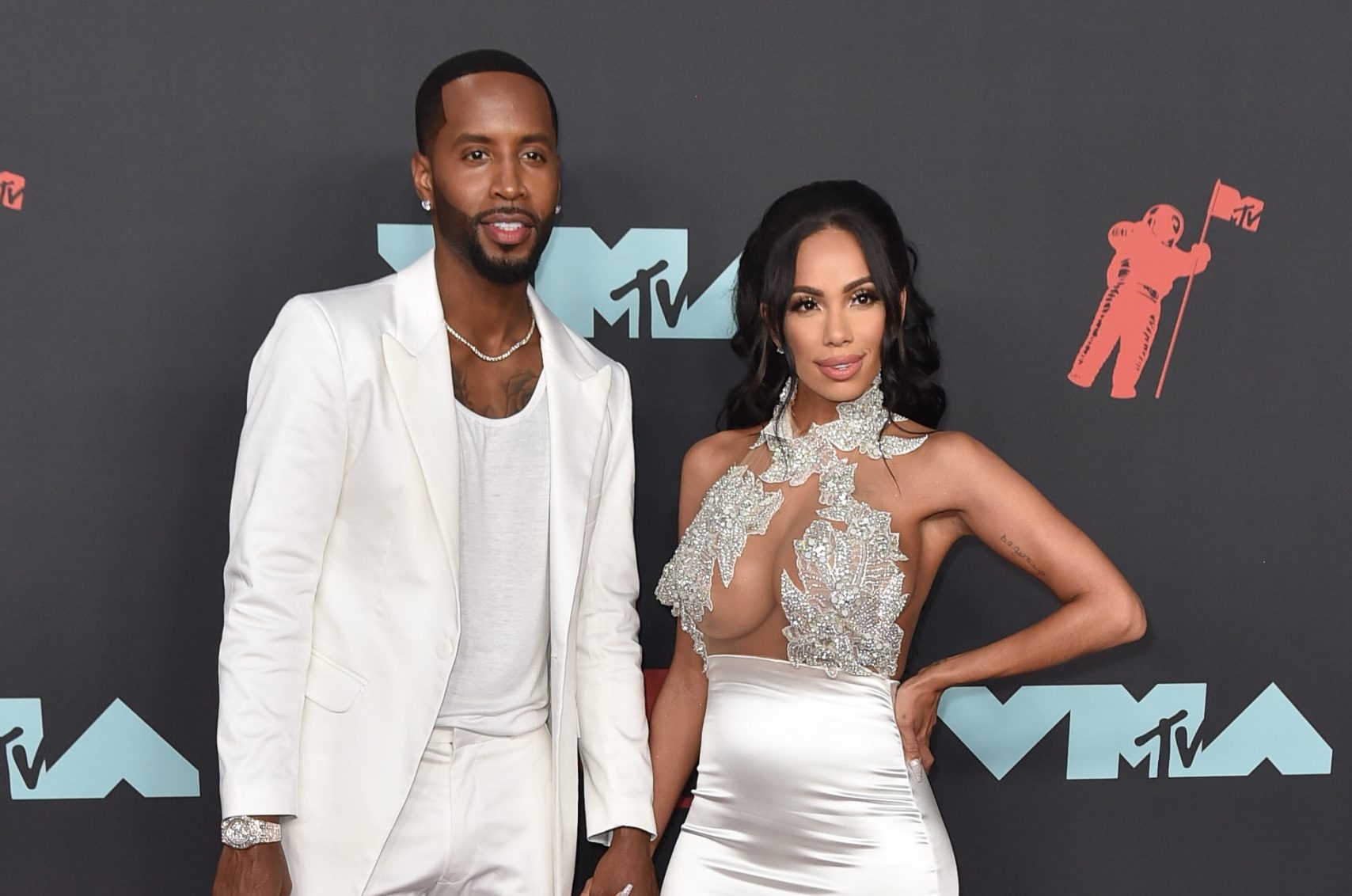 Erica Mena claims the father of two of her kids, Safaree Samuels, has a sex addiction, and she says it’s why their marriage didn’t work. On Tuesday, the 34-year-old reality star made the claim while beefing with a woman named Kimbella Matos on Instagram. Their internet beef started when Erica seemingly tweeted about Safaree talking slick about her to a “prostitute.”

“Talking crazy about your baby mother to your prostitute but you don’t even know your kid sizes is a weird flex. Be Safe Tho… You gotta be real stupid to let your BS get back to me. I will air you out and bury you.”

Kimbella Matos, an apparent model from New York, saw Mena’s post and responded, uploading a rant on her IG stories.

“It’s so funny how I never mention your stupid uneducated a** in a good or bad way because we are both grown and on two different levels mentally, but money couldn’t buy you a new p*ssy, could it? Keep my name out your mouth. For someone who’s consistently calling other women prostitutes, meanwhile, you have slept with the whole industry for free and dogged out and was recently selling your own p*ssy to a whole soccer player in New York City and you wanna discuss about prostitution?”

Tagging Erica in the post, Mantos ended her rant with:

“You’re so silly, you stupid b*tch this will be the last time that I would ever give you attention. You’re worthless and pointless and clearly, it’s obvious because your marriage didn’t last a second. Jealousy is a serious disease, kisses. Get well soon hun.”

The mother of three responded right away, addressing Mantos’ claims of jealousy.

“I am so uneducated on you but here you are thinking you’re so educated on me. How is it that you know so much about my whereabouts Kim Bolla? Stalking me must get exhausting, especially since I actually work and don’t have to bed to get my bills paid for.”

In her argument with Matos, Erica made interesting remarks about Safaree’s allege tendency to gossip between the two of them.

“Yeah, Safaree says that about you too. Here’s some grown woman advice – if he’s talking shit about his baby mama, can you imagine what he says to her about you? SMH worried about my cat? Don’t forget how many times you’ve tasted it.”

Mena then clarified to Matos that the reason her marriage didn’t work is that she didn’t want to deal with Safaree’s alleged addiction to sex.

“The only reason why my marriage didn’t last is because I refuse to stay with a man who has a bad sex addiction.”

Mena continued in her reaction to Mantos.

“You’re full of sh*t and that’s how he likes apparently. If you wanna talk about what money can’t buy – for you it’s your own identity. You will always be known as the Walmart botched body Erica Mena.

Best wishes to you because Safaree is going to have a field day with f*cking up your head. You [already] extremely insecure so you might want to start getting therapy now.”

So far, Safaree hasn’t addressed either of these feuding women publicly.

Roomies, are you shocked by Erica’s claims at all?