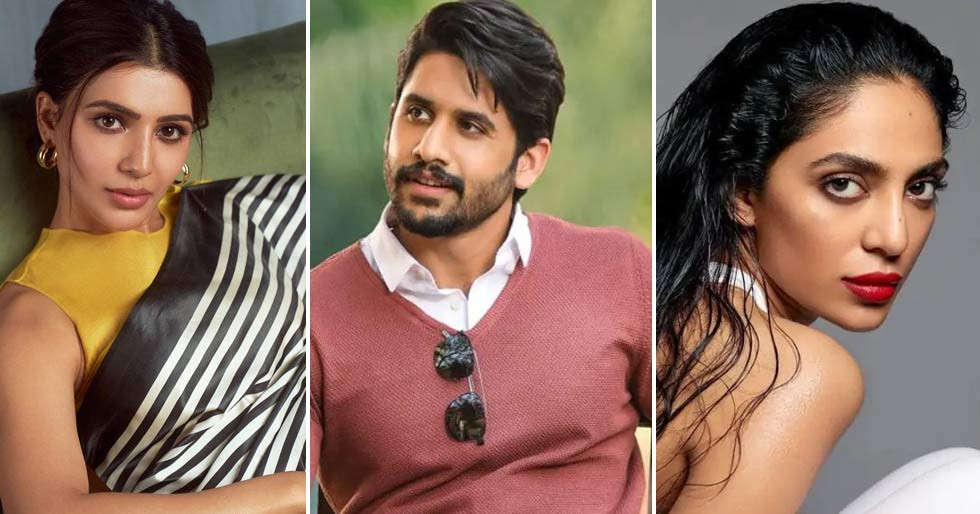 Rumours of actor Naga Chaitanya dating Sobhita Dhulipala dating have been doing the rounds on the internet. Moreover, bizarre reports claiming that actress Samantha, Naga Chaitanya’s former wife has been circulating these rumours have also emerged. An unverified report mentions that Samantha’s team dropped a story about Naga Chaitanya and Sobhita Dhulipala’s alleged relationship. Now, The Family Man actress has broken her silence on the reports.

Samantha took to Twitter to slam those spreading false information. She addressed the rumours in a Tweet captioned, “Rumours on girl – Must be true !! Rumours on boy – Planted by girl !! Grow up guys .. Parties involved have clearly moved on .. you should move on too !! Concentrate on your work … on your families .. move on!!”

Rumours on girl – Must be true !!
Rumours on boy – Planted by girl !!
Grow up guys ..
Parties involved have clearly moved on .. you should move on too !! Concentrate on your work … on your families .. move on!! https://t.co/6dbj3S5TJ6

Samantha and Naga Chaitanya tied the knot in 2017 and separated in October 2021. When the news of them parting ways was announced, the actress was subjected to trolling. In their joint statement, the two had revealed, “After much deliberation and thought Sam and I have decided to part ways as husband and wife to pursue our own paths. We are fortunate to have a friendship of over a decade that was the very core of our relationship which we believe will always hold a special bond between us.”

Samantha and Naga Chaitanya have shared screen space in films like Manam and Autonagar Surya. Samantha will next be seen in Kushi alongside Vijay Deverakonda.

Share
Facebook
Twitter
Pinterest
WhatsApp
Previous articleDelonte West Says He’s “In Between Jobs” After Being Spotted Asking For Money On A Virginia Road
Next articleBeyoncé Sings About Quitting Her Job In "Break My Soul," And People On Twitter Had Some Hilarious Reactions To That