Happy Birthday Vijay: Here’s a list of Bollywood actresses who’ve worked with him 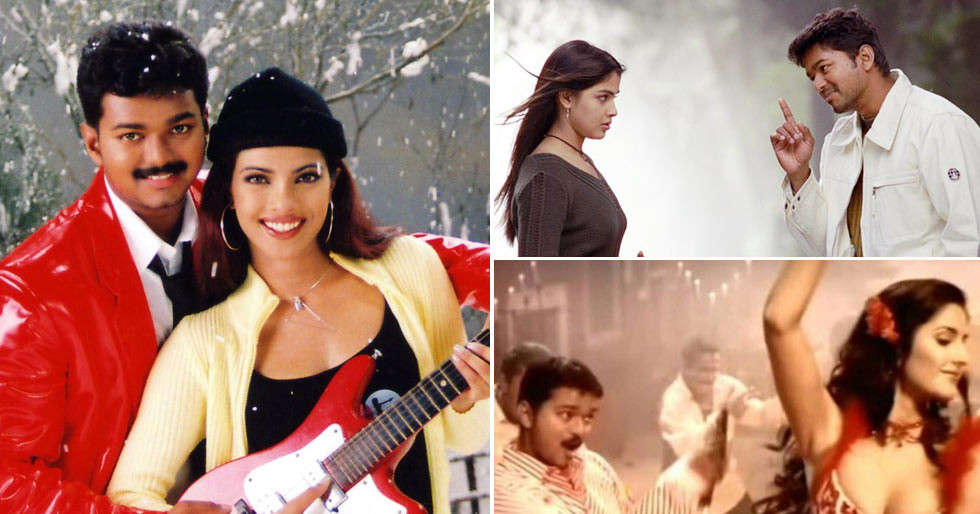 Thalapathy Vijay needs no introduction. The actor is unquestionably the most popular superstar in the film industry, with a massive fan base throughout the Southern states and beyond. In fact, Vijay has gone on to achieve stardom comparable to that of Rajinikanth, Kamal Haasan, and others over the years. He has created many memorable characters, and almost all of his films have been rated as box office successes. He is one of the highest-paid actors in Tamil cinema. Thalapathy Vijay has been a part of the film industry for over two decades. Throughout his career, he collaborated with a number of actresses, including Bollywood divas.

Bipasha Basu
Bipasha Basu, like Priyanka Chopra, made her South film debut opposite Thalapathy Vijay. In the film Sachein, directed by John Mahendran, the two were seen romancing. In the film, Genelia Deshmukh played the main female lead, and Bipasha had a lengthy cameo.

Katrina Kaif
Although the duo haven’t worked together on a film, Katrina Kaif appeared in her first television commercial alongside Thalapathy Vijay. She was featured in the advertisement as a ballet dancer.