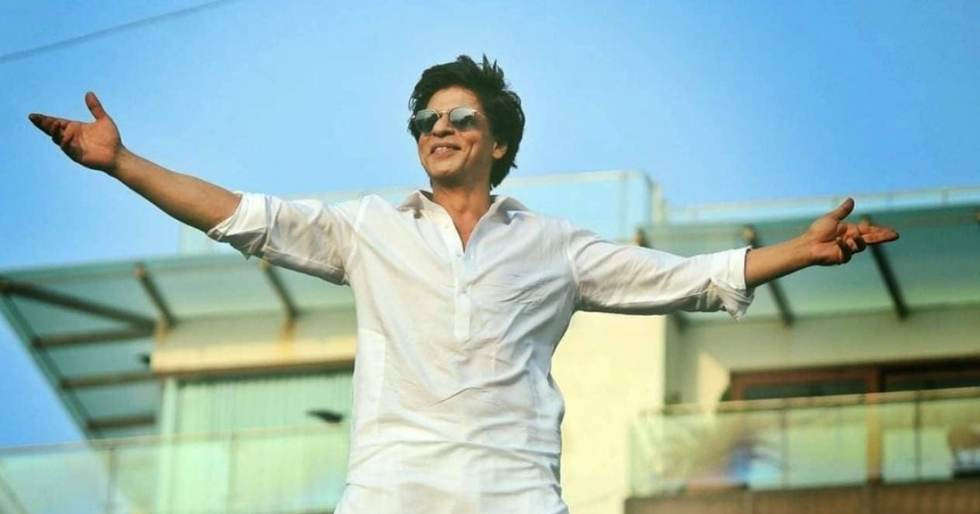 Shah Rukh Khan is undoubtedly the biggest star in the world because he belongs to all of us. He is our husband, our boyfriend, our 3 AM friend, our college buddy, our teacher, our guru, our parent, and the guy you can always turn to for advice and a shoulder to cry on. Shah Rukh Khan means something to all of us and therein lies the secret to his mega-stardom. It doesn’t matter what trials and tribulations he faces, Shah Rukh Khan is the people’s hero and much like Prabhas’ larger-than-life character in Baahubali, the people will always cheer him on. We’ve seen that in the past year. No matter that he faced the toughest few months of his life but the love for him only seemed to grow. People came out in droves to support him, netizens shared stories of his kindness, his chivalry, his humility and his skill at making you believe like you’re the only person in the world.

Because when SRK speaks, you listen. And when you speak, you truly believe that he listens too. 25th June, 2022 is the day when Shah Rukh Khan completes 30 years at the movies. He made his big-screen debut with Deewana in 1992 opposite the late Rishi Kapoor and the late Divya Bharti. At the 38th Filmfare Awards, he took home the Best Debut trophy. Since then, the Black Lady has graced his hands 14 times from 30 nominations. Eight of those have been the Best Actor in a Leading Role (Male) award which ties him with the legendary Dilip Kumar.

On his special day, we list 30 reasons why we love Shah Rukh Khan:

1. Because he showed us that it could be done. Thousands come to Mumbai every day dreaming as he did, all those years ago. If Shah Rukh Khan can do it, so can I. After all, his is the rags to riches story that makes Mumbai the city of dreams.

2. Because he’s the man with a silver tongue. His wit knows no bounds and conversations with him are always memorable.

3. Because he hustled his way to the top. He’s faced innumerable struggles in his life but he’s always greeted trouble with a smile.

4. Because he played the anti-hero when it was anathema to do so.

5. Because when SRK opens his arms wide, he encompasses the world.

6. Because his smile can make the worst day bearable.

8. Because he is one-half of the iconic SRK-Kajol jodi.

9. Because he made us truly realise that pyaar dosti hai.

10. Because his real-life love story with Gauri Khan is the stuff of dreams.

11. Because what is Mumbai without Mannat? It makes you believe in fairytales.

12. Because you can cast him opposite any actress and he’ll give you a love story to remember.

13. Because he is chivalrous and multiple actresses have attested to the fact.

14. Because when he faced one of the most difficult months of his life, he didn’t lash out. He was dignified and proved that silence is indeed golden.

15. Because SRK’s abs are to die for. So his smile. So are his eyes. You get the drift.

16. Because he can sell anything from expensive cars to a ganji. After all, “SRK sells”.

17. Because film critics love him as much as the masses do.

18. Because his “sattar minute” monologue can charge you up like nothing can.

19. Because he’s won 14 Filmfare Awards (allow us to be indulgent here).

20. Because he’s supremely confident without being disgustingly arrogant.

21. Because he made us proud as a nation with international honours like the Legion d’honneur.

22. Because his tweets can be turned into a book or a TV show. They range from charming to witty to philosophical.

23. Because when he told his daughter Suhana that she could never be perfect but being herself was the closest to that, we all melted.

24. “Be kind and giving as an actor, the brickbats and applause are not yours to keep” was his advice to Suhana ahead of her debut and that’s fantastic advice for every aspiring actor.


25. Because he genuinely cares about the media and believes that love is a two-way street.

26. Because he was awarded the Padma Shri by the Government of India.

28. Because when someone says “King of Bollywood”, you can’t think of anyone else.

29. Because when SRK cries, you cry with him.

30. Because he is Shah Rukh Khan. Period.

Happy 30th year at the movies, SRK. Here’s to a millennia more.