30 Years of Shah Rukh Khan: Our fondest memories with the superstar 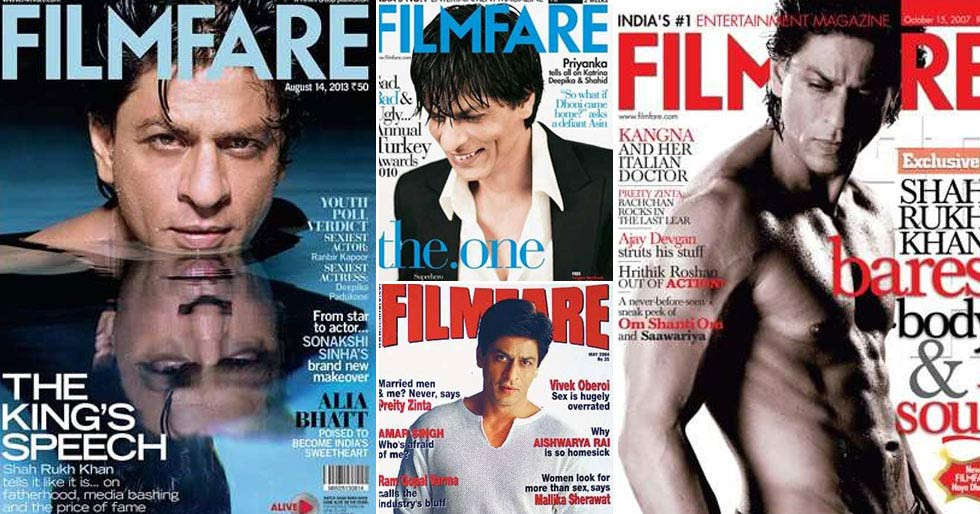 Join TELEGRAM
30 years ago, a boy came into the City of Dreams – Mumbai – with a hope and a heart full of passion, thinking of ruling it one day – and he did! Today, he is known as Shah Rukh Khan, lovingly called King Khan and his magic transcends way beyond Indian shores.

Versatility has always been his forte. From being the antagonist in Darr to nailing that perfect comic timing in rom coms like Kuch Kuch Hota Hai and Kabhi Khushi Kabhie Gham, making you fall in love with him as he stares with those beautiful blue eyes in Dil To Paagal Hai to making you weep with how he embeds sentiments into scenes from films like Kal Ho Naa Ho that brings out his best – Shah Rukh Khan is all that and so much more.

Filmfare has shared several milestones over the years, featuring the megastar on its cover. Simply chronicling the enigma that he is and shall always be – for his relentless charm never seizes. Today as he clocks 30 years of his talented presence in the world of Indian Cinema – here’s looking back at how he came, stayed and ruled – from the lenses of his top Filmfare covers over the years.

August 2013: 2 AM – Shah Rukh Khan opened the doors of his mansion, Mannat. Despite of the pool being off limits – SRK was in the mood to make it a HIT!

April 2013: A cover featuring icons such as Dilip Kumar, Amitabh Bachchan, and SRK, and the rest is history.

December 2012: With Yash Raj passing away that year, SRK felt sadness, however, he channeled the strength and passion needed, and that made this one of the most iconic covers.

October 2011: Year of Ra. One. An unconventional gizmo set up with robots. He was game, posing and looking dapper as always for yet another cover.

December 2011: Two superstars, Two generations – a gift to Bollywood that never shall get old. Amitabh Bachchan and Shah Rukh Khan together on the cover, brought out from our archives.

December 2010: A winning combo of a rainy day cover, Shah Rukhs infectious dimpled smile photographed in between changes for a Valentines issue with Kajol. Evergreen it is.

February 2010: Shah Rukh and Kajol – the timeless couple and an eternal favourite on our cover.

February 2011: And they keep the chemistry intact on yet another cover – Kajol and Shah Rukh Khan.

July 2006: Hectic schedules of shooting Don – however, he made time to shoot for another cover with us and an interview that is one of the best from the archives.

May 2009: An effortless charm and a dapper star gracing yet another cover.

October 2007: One of his hottest covers with Filmfare – it raised the temperatures like no other!

April 2008: Those were the days! Kareena Kapoor Khan bagging the best actress for Jab We Met and Shah Rukh Khan taking the Black Lady home for Chak De India! What a feat! What a cover!

April 2005: 90s magic on the Filmfare cover as the winners – Rani Mukerji for Hum Tum and Shah Rukh Khan for Swades won the Black Lady and were featured on the cover.

May 2004: The boy-next-door charm effortlessly showcased by King Khan on the cover.

November 2005: Shabby Hair, rugged casual look and that one look made this cover of Shah Rukh, iconic.

April 2003: Love in the times of Devdas! The winners – Aishwarya Rai Bachchan and Shah Rukh Khan on the cover with their big win.

June 2003: Amidst busy schedules of wrapping up Chalte Chalte – Rani Mukerji and Shah Rukh Khan came together for this cover.

December 2003: The powerful duo of Filmfare posters: Amitabh Bachchan and Shah Rukh Khan make a comeback and a statement at that.

September 2004: Raising the bar and getting better at it every day – thats King Khan for you.

November 2000: Aishwarya Rai Bachchan and Shah Rukh Khan became a quintessential onscreen pair with their film Mohabbatein and there they were bringing in the same chemistry on the cover.

November 2001: An exclusive cover on Filmfare whilst shooting for Kabhie Khushi Kabhi Gham – Amitabh Bachchan, Shah Rukh Khan, and Hrithik Roshan come together for it.

July 1999: A young and ever charming Shah Rukh Khan making the Filmfare cover look all the more lively!

June 2002: Shah Rukh Khan turned up on the Filmfare cover and up, close and personal in the interview.

April 1996: That smile and that chemistry: Shah Rukh Khan and Kajol. We call it the Dilwale Dulhaniya Le Jayenge cover and this was their first Filmfare cover together.

April 1999: And then there was no looking back! SRK and Kajol as the Kuch Kuch Hota Hai lead pair winners, gracing the Filmfare cover.

May 1998: Aryan came into his life – the happiness was evident on his face and thats what led to a rather pregnant cover!

October 1998: Shah Rukh and Kajol radiate nothing but love a month before the release of Kuch Kuch Hota Hai.

March 1998: The Dil Toh Pagal Hai team and Tabu with her big win for Virasat, all smiles on the cover!

October 1997: No Limits as he shot another cover at Suresh Natarajans studio.

August 1997: The ruling Khans! Aamir Khan sourcing clothes to Rakesh Shreshthas studio and SRK styling himself – leading to a cover of dreams.

January 1994: The first of many. Baazigar had just released and he commemorated it with his first big cover!