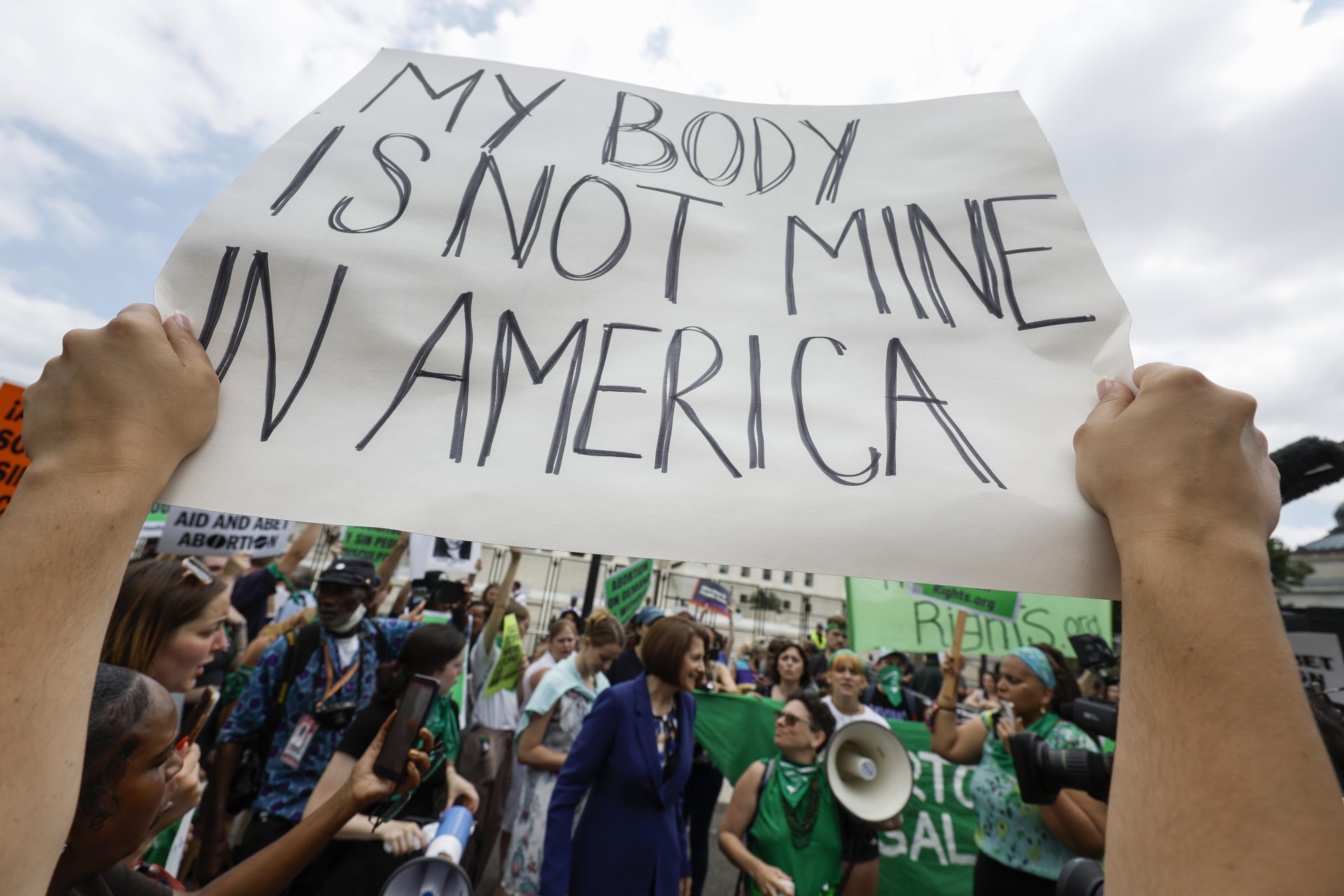 Roe v. Wade is no more. On Friday, the Supreme Court overturned an almost 50-year ruling that protected the constitutional right to abortions. Justice Samuel Alito wrote the majority opinion on the overturn. And there’s very little change from when Politico published a similar leaked draft opinion by the same justice in early May. So now, people who can bear children will rely on state legislators for the final say in abortion rights.

“Roe was egregiously wrong from the start,” Justice Alito wrote in the latest opinion. “Its reasoning was exceptionally weak, and the decision had had damaging consequences. And far from bringing about a national settlement of the abortion issue, Roe and Casey have enflamed debate and deepened division.”

How Was Roe v. Wade Overturned?

The ruling stemmed from Dobbs v. Jackson Women’s Health Organization, a case highlighting a Mississippi law that bans abortions after 15 weeks in the womb. Mississippi’s Gestational Age Act became law in 2018 but faced opposition from two federal courts. So, the state appealed to the Supreme Court and added demands when the court agreed to hear the case. The state argued in favor of their law but also in favor of striking the constitutional protection.

The court established Roe v. Wade in 1973. At the time, the ruling affirmed the constitutional right to an abortion before fetal viability. Experts previously agreed the viability period was at about 23-24 weeks of pregnancy. The court reaffirmed the 1973 decision in 1992 with the Planned Parenthood v. Casey case.

Friday’s move was made possible by justices Donald Trump appointed during his former presidency. The vote was 5-3-1, with three out of the five appointed between 2017 and 2020. Those justices are Amy Coney Barrett (2020), Brett Kavanaugh (2018), and Neil Gorsuch (2017). Following the breaking news, Donald Trump Jr. celebrated his father on Twitter.

Proud of my father for what he has accomplished today.

He gave our movement 3 strong pro-life Supreme Court Justices and despite the Dems and the leftwing media doing everything they could to stop their confirmations, especially with Kavanaugh, he never wavered!!!

45: These major Victories prove that even though the Radical Left is doing everything in their power to destroy our Country, your Rights are being protected, the Country is being defended, and there is still hope and time to Save America! pic.twitter.com/ScsIb8VIWc

Justice Clarence Thomas offered little reassurance to the public with his own commentary on the overturned Roe v. Wade. In a concurring opinion, he suggested the Supreme Court reconsider Griswold v. Connecticut, Lawrence v. Texas, and Obergefell v. Hodge. These rulings currently protect the right to buy and use contrceptives with federal restrictions, the right to same-sex relationships, and the right to same-sex marriages, according to People.