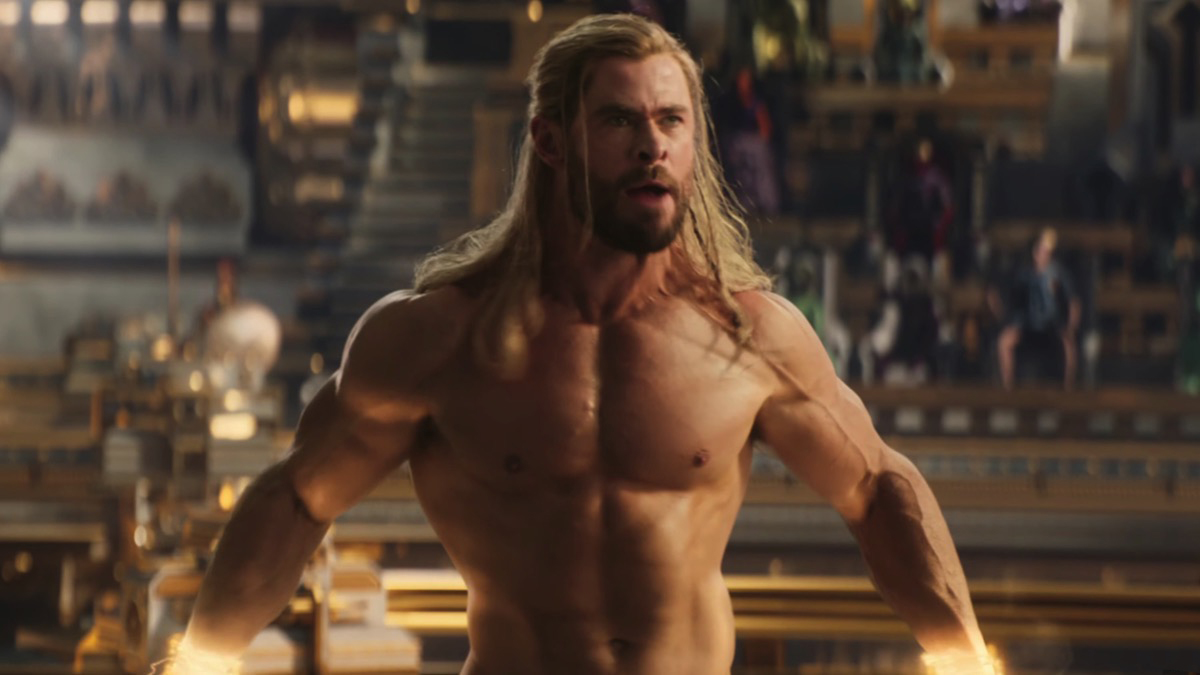 Chris Hemsworth used a sock to preserve his modesty during his Thor nude scene.

The actor strips off in a saucy segment for new superhero film ‘Thor: Love and Thunder’ and he’s now revealed he bared almost all on set aside from a tiny garment which he used to spare most of his blushes.

During an appearance on US TV show ‘The Project’ on Monday (26.06.22), Chris was asked if he was given a “modesty garment” for the scene and he replied: “A sock. Just a sock.”

The actor was being interviewed alongside the film’s director Taika Waititi and co-star Russell Crowe, and the star joked the two men joined him stripping off on-set.

He said of Russell: “He does a great thing where he’s also naked from the waist down. That made me feel at ease.”

Taika then added: “On set, it’s an agreement we have. I was naked too,” with Chris chiming in saying: “Taika took his pants off.”

The director also joked that Chris didn’t understand the modesty sock and wore it on his ear instead, adding: “He wears a sock on one ear. That’s his thing. He thinks it’s a distraction.”

Chris embarked on a gruelling health and fitness regime to get in shape for the role in the latest Thor sequel and said the nude scene was more than a decade in the making.

He told Entertainment Tonight’: “I mean, it was kind of 10, 11 years in the making, that shot. “In each film we’ve taken off another item of clothing, and now we just kind of took it all off.”