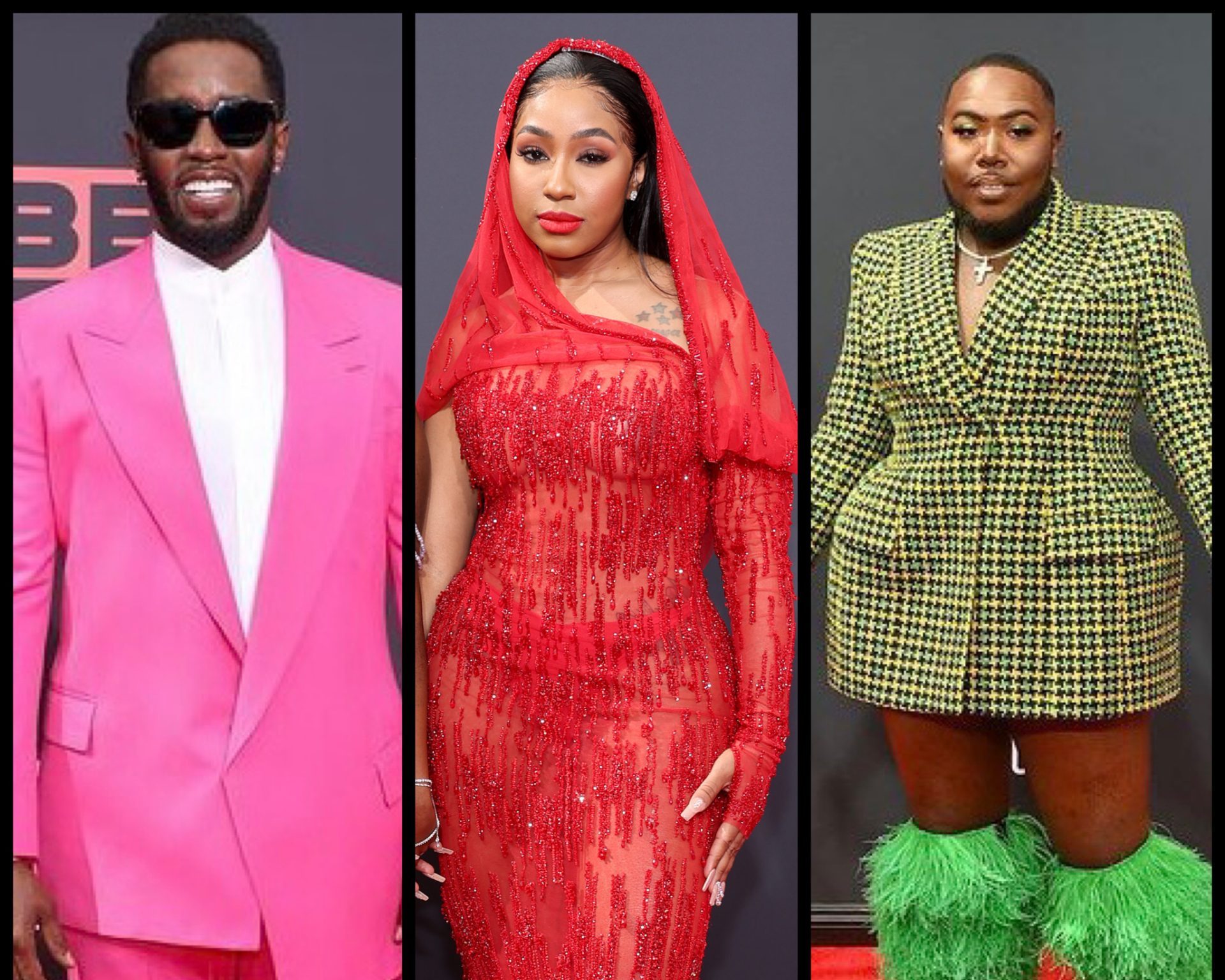 The BET Awards was a very big night for Diddy and after tearing up the stage during his Lifetime Achievement tribute and acceptance speech, he headed to the official after party with his boo Yung Miami and her bestie Saucy Santana. Wearing matching shirts, Diddy and Yung Miami were partying all night long—and they shared the vibes with Saucy Santana!

Diddy was the star of the show at this year’s BET Awards, as some of the biggest celebrities showed up to pay tribute to his legendary career—however one celeb was cheering for him harder than anyone else…his current bae Yung Miami.

Wearing matching black shirts with the words “Free Bop” on the front, Diddy and Yung Miami danced the night away at the BET Awards after party…and Miami’s bestie Saucy Santana was front and center recording every moment.

Before that though, Yung Miami had the Internet on fire when she went viral for holding up a sign during the show that read, “Go Papi.”

As we previously reported, Diddy had the BET Awards crowd on their feet during his tribute performance that featured frequent collaborators and some surprise guests. Lil Kim, Mary J. Blige, The Lox, Busta Rhymes, Faith Evans and former Bad Boy artist turned political figure, Shyne, all set the stage on fire, while giving Diddy his well-deserved flowers.

We guess time will tell if Diddy and Yung Miami’s relationship will last, but it will definitely be fun to watch it play out.