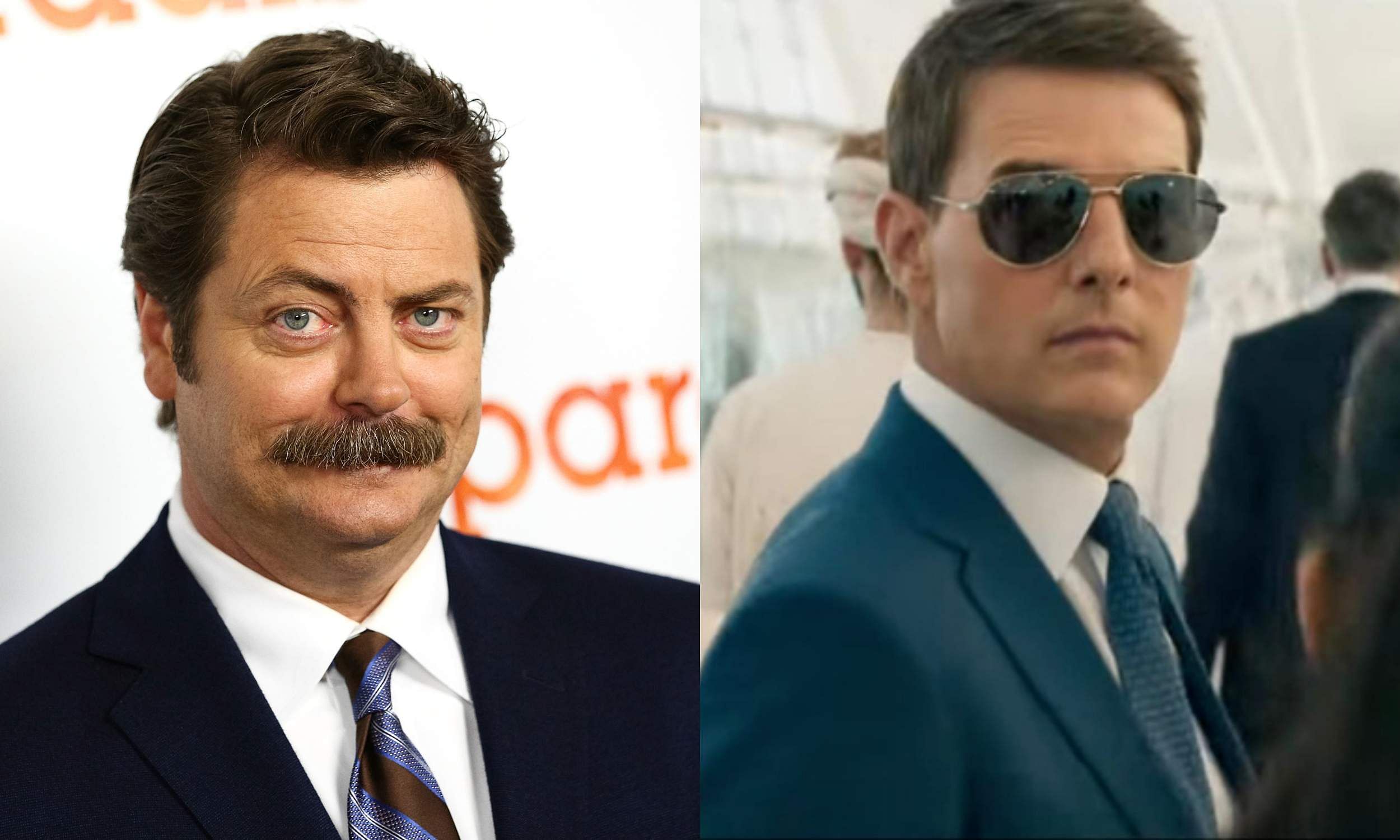 While Tom Cruise’s Mission: Impossible Dead Reckoning-Part One is locked and loaded for release, the makers are currently busy working on the sequel. Following news that Parks and Recreation star Nick Offerman and Ozark star Janet McTeer have joined the cast of the sequel, new images from the film have emerged.

The monochromatic images give us a look at Nick Offerman and Janet McTeer’s characters present inside what seems to be a military control room. Holt McCallany and Henry Czerny are also seen beside the actors. Henry Czerny is returning to the franchise, reprising his role as Eugene Kittridge who earlier appeared in the first Mission Impossible.

Director Christopher McQuarrie took to social media to reveal the first look of the characters. Details regarding the characters and their part in the story are being kept secret for now. Mission: Impossible-Dead Reckoning Part Two will see the return of Tom Cruise as the secret agent Ethan Hunt, reports state that this might be his final appearance as the character.