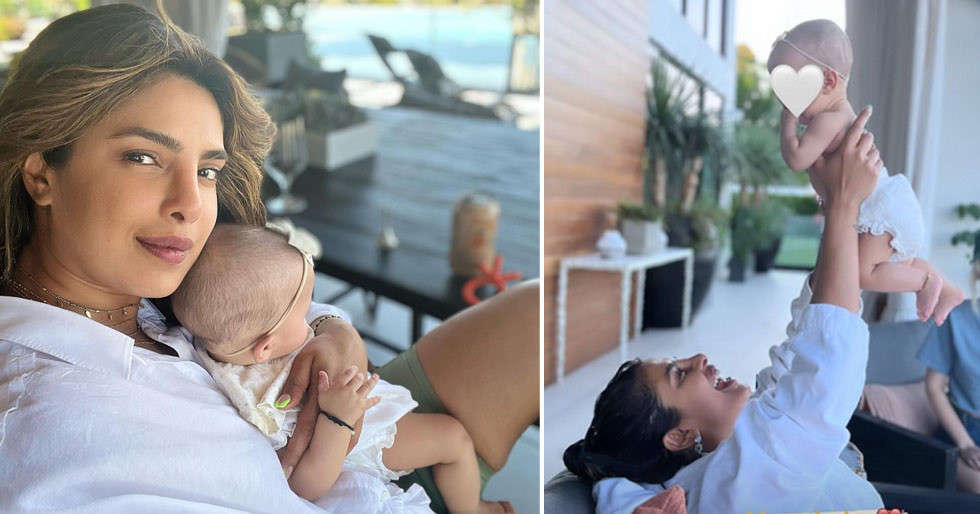 Priyanka Chopra Jonas has been sharing glimpses of her daughter Maltie Marie Chopra Jonas every now and then. Today, the actress dropped a new photo and it’s as adorable as ever.

In her latest Instagram story, she shared an unseen photo of herself on a couch laughing and playing with Malti Marie. She placed a heart emoji to cover up her face.

Check out the cute photo here

She captioned the photo, “My whole (heart emoji)”.

Priyanka Chopra Jonas and Nick Jonas welcomed their first child via surrogacy a few months ago. Malti Marie had spent several days in the Neonatal Intensive Care Unit (NICU) before they could finally bring her home. Priyanka had earlier opened up about the difficult time for her and her family. Since then, Priyanka and Nick seem to be enjoying parenthood as they often share sweet family photos.

On the work front, Priyanka Chopra will next be seen in the Russo Brothers-backed spy thriller series Citadel, It’s All Coming Back To Me alongside Sam Heughan and Farhan Akhtar’s Je Le Zaraa with Katrina Kaif and Alia Bhatt.