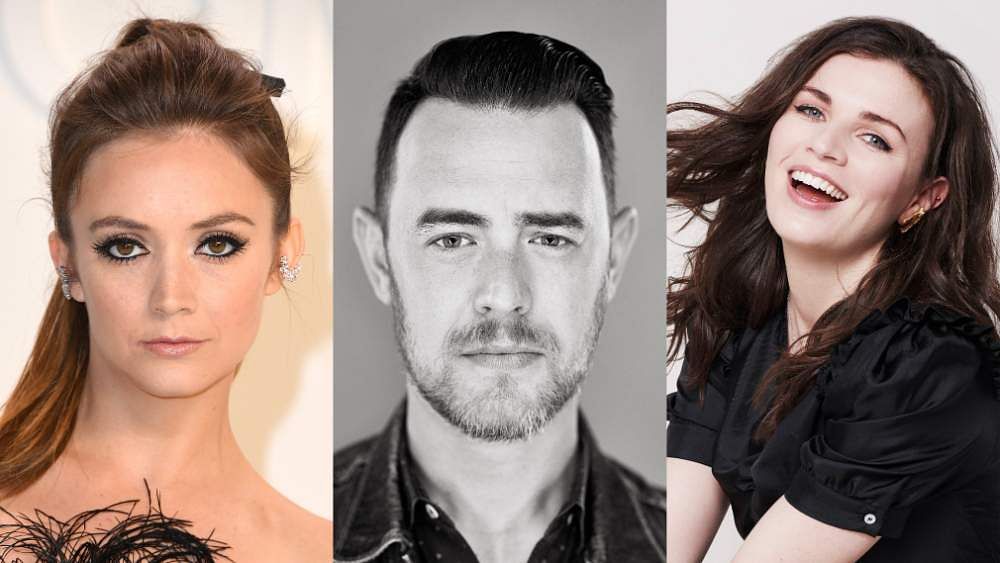 Director Daniel Reisinger, who is known for helming Swideswiped has found a leading cast for his upcoming comedy, And Mrs. Actors Billie Lourd, Colin Hanks, and Aisling Bea will star in the production which is planning to begin filming in London this fall.

The feature is set to take place in London where a woman named Gemma (Bea) is preparing for her wedding day with her American fiancé Nathan (Hanks). Tragedy strikes for the soon-to-be newlyweds when Nathan unexpectedly passes away shortly before the couple can exchange vows. It’s then that Gemma’s would-be sister-in-law (Lourd) suggests that she marry Nathan anyway. The decision sends the public into a frenzy with everyone offering up their personal feelings on the dreadful matter with Gemma also facing down her own family who are rather put off by her decision. And the law regards the idea as a matter of unholy matrimony. At the centre of it all, Gemma finds herself holding on to her decision as she did it for love.

An Irish native, Bea is well known for her comedic stylings making her the perfect choice for the new comedy. As of now, there is no release date for And Mrs.

Billie Lourd, Colin Hanks, and Aisling Bea to star in And...