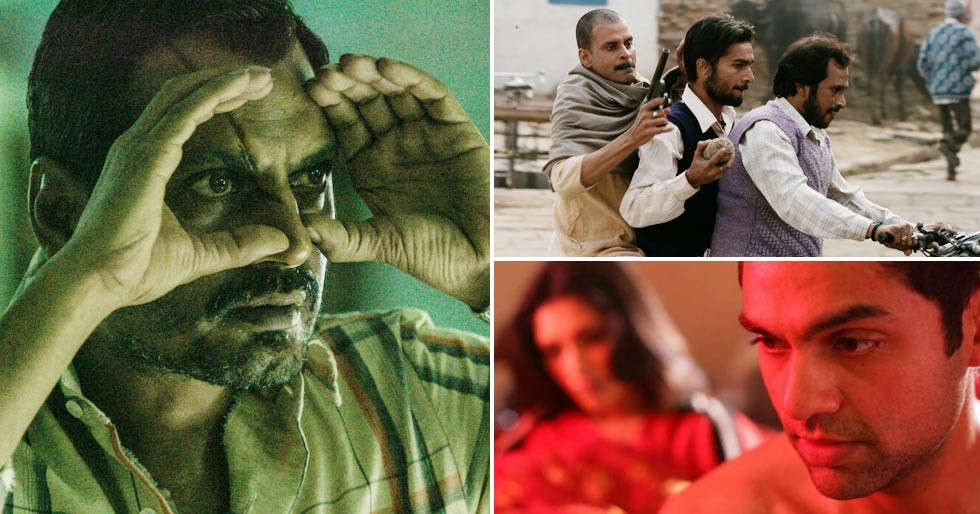 The more we see from Anurag Kashyap’s intriguing filmography, the more we realise that nobody is doing it like him. Kashyap has earned the title of the offbeat director who never shies away from the darkness of reality and he did it with one critically acclaimed flick at a time. He has also been aptly referred to as an auteur over the years by establishing a distinctive style of his own. With inspiration ranging from Tamil cinema to Italian and Korean movies, he has translated his extensive knowledge as a film nerd into fascinating pieces of cinema. When you’re watching an Anurag Kashyap film, there’s a high chance that you can easily tell it’s an Anurag Kashyap film without reading the credits. They’re markedly different from mainstream films in a good way. Over the years, he has experimented with films in his unique style and Hindi cinema is richer for it.

On Anurag Kashyap’s birthday, we’re listing down some essentials that every Hindi film fan needs to watch:

Raman Raghav 2.0 is an Anurag Kashyap film featuring an excellent Nawazuddin Siddiqui performance. It also featured Vicky Kaushal and Sobhita Dhulipala, playing her debut role. Unfolding in eight chapters, the narrative revolves around Ramanna (Siddiqui), a deranged serial killer who ends up developing a fixation for Raghavan (Kaushal), the officer investigating his case, the film is a neo-noir thriller that is reportedly inspired by the real-life serial killer Raman Raghav from the ’60s. Its greatest feat is that it doesn’t shy away from darkness. The violence unleashed on screen is an absolute gore-fest that remains consistent from start to finish. And strangely, Kashyap makes you momentarily root for the bad guy by digging deep into his psyche. Apart from delivering a stylised visual spectacle which is a treat to witness, the film also plays out a character study of its leading men. Raman Raghav 2.0 is the director’s stunning and inventive offering to the serial killer genre.

The Gangs of Wasseypur franchise – Anurag Kashyap’s gangster saga is arguably the director’s most successful series of films. Drawing inspiration from City of God (2002), the film takes us into the world of the coal mafia in Dhanbad where crime families clash in the most brutal manner. It takes on the ambitious task of telling a multi-generational story. Featuring a sprawling ensemble cast of actors who understood the assignment – Nawazuddin Siddiqui, Manoj Bajpayee, Huma Qureshi, Richa Dhadda and others, the film is filled with great performances. Moreover, the characters including Sardar Khan and Faizal Khan gained instant popularity. It wasn’t long before the film’s quotable dialogues and funny scenes were turned into memes that continue to be a part of pop culture to this date. The first two films in particular opened to great critical and fan acclaim. It wasn’t long before the titles were hailed as stellar additions to the crime genre.

Bollywood has explored alcoholism on screen before in Sanjay Leela Bhansali’s Devdas. Starring Shah Rukh Khan, Aishwarya Rai Bachchan and Madhuri Dixit, the romantic black comedy film drew from author Sarat Chandra Chattopadhyay’s 1917 novel. With Dev.D, Anurag Kashyap gave the iconic text his own spin. In his modern-day take, set in Punjab and Delhi, the film’s narrative is told in three parts dedicated to Paro, Dev and Chanda. It featured Abhay Deol, Mahie Gill and Kalki Koechlin in her debut role as Chanda. The characters in the film are flawed and Dev isn’t the most likeable man. But you cannot help but invest in his story and a lot of the credit belongs to the hypnotic visuals. From memorable songs like Emotional Atyachaar and Pardesi composed by Amit Trivedi to the trippy scenes one simply can’t look away from, the film lays out all the makings of an instant classic. Dev.D is a dizzying watch no doubt but worth the trip down Kashyap’s crazy vision.

Anurag Kashyap might be inspired by films and literature but his filmography is grounded in realism. Another crime flick, Black Friday is a hauntingly close examination of a real-life tragedy – the bombing that took place in 1993 in Mumbai. The bombings had left thousands injured and many dead. The film, set almost a decade after it happened, chronicles the events that lead up to the blast and the investigation that followed. It features Kay Kay Menon, Aditya Srivastava, Pavan Malhotra, Zakir Khan and more who are effortless in their roles. Throughout the film, Anurag Kashyap maintains the tension right from the first portrayal of the bombings to the film’s climax. It is also commendable how he offers a nuanced look at the culprits of the bombings while being objective. The film was also cited as an inspiration by Slumdog Millionaire director Danny Boyle. Impressive indeed!

In Gulaal, Dilip (played by Raj Singh Chaudhary), a young law student from the fictional Rajpur is attacked by a gang of goons. He then seeks revenge and gets drawn into politics. Set against the backdrop of student politics, the film tackles issues including ragging, caste conflicts and university clashes as Dilip navigates college life. The film has a powerful story with more than one interesting arc as each character is carefully fleshed out. Kay Kay Menon delivers yet another towering performance while Raj Singh Choudhary is perfectly cast as the protagonist. Their parts are elevated by the director’s signature dark, brooding tone. The film is an impressive unconventional triumph.

Ugly has a plot we have seen before – that of a missing child. The 2014 crime-thriller is written and directed by Anurag Kashyap. It stars Rahul Bhat, Ronit Roy, Surveen Chawla and others. It revolves around the events of a single week when a struggling actor’s daughter goes missing. What ensues is a series of events that bring out the “ugly” side of the characters in the film. While it’s centred on a brief time span, the film manages to keep one on the edge of the seat from start to finish with one mind-bending twist after another. Anurag Kashyap brilliantly dials up the tension around the missing child while keeping the characters in focus.

Anurag Kashyap’s fascinating filmography also contains titles like No Smoking, The Girl in Yellow Boots, Choked, Mukkabaz and the recent films AK vs AK and Dobaaraa. Each of his films represents the best of his influences paired with the reality of our times. Here’s wishing the filmmaker a very happy birthday.

Malaika Arora, Shahid-Mira Kapoor and others get clicked out and about in the city. See pics: