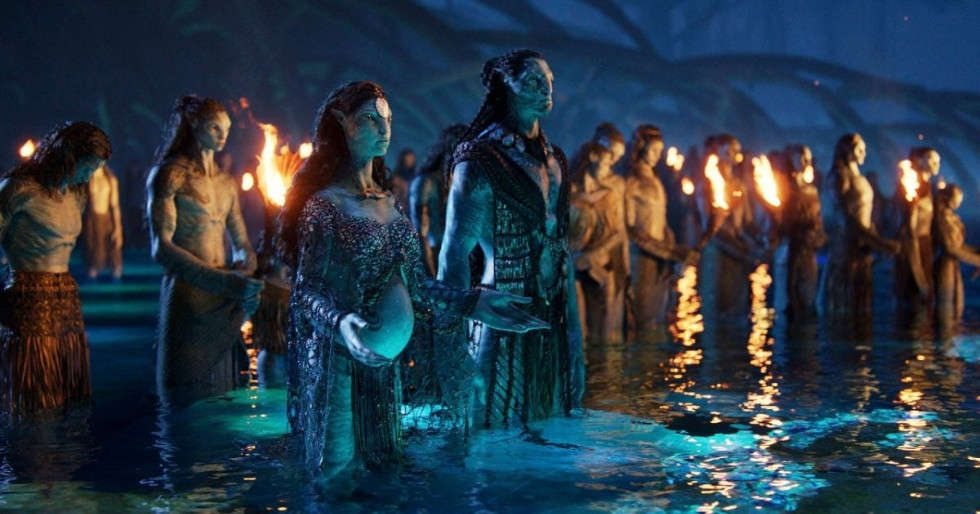 Join TELEGRAM
It has been thirteen long years since James Cameron’s immersive sci-fi epic, Avatar hit theatres. The film starring Zoe Saldana, Sam Worthington, Sigourney Weaver and others made movie history as the highest-grossing film of all time and influenced 3D filmmaking in a big way. And now, the director is set to take us back to Pandora with the franchise’s highly-anticipated next instalment – Avatar: The Way of Water. With Kate Winslet and Vin Diesel added to the cast, the upcoming film explores the vast aquatic world and fresh Na’vi characters.

During a virtual press conference, attended by Filmfare, Cameron opened up about the 3D movie trend and what’s in store for fans. Talking about the impact of Avatar on 3D movies, Cameron said, “I would say that the 3D was embraced in general for a period of time. I mean, Avatar won best cinematography with a 3D digital camera. No digital camera had ever won the best cinematography Oscar before. And then two out of the three subsequent years, the same cameras were used by the cinematographers that won the Oscars. So you’ve got three out of four years where digital cinematography was embraced by the  Academy.”

The director further compared 3D technology to colour. “When colour first came out, it was a big deal. People used to go see movies because they were in colour. And I think around the time of Avatar, people went to see movies because they were in 3D. Nobody’s gonna go see a movie today because it’s in 3D. It’s all the other factors by which we choose a film. So it had an impact on the way films were presented that’s now just sort of accepted and part of the zeitgeist and how it’s done. In terms of long-term cultural impact, I guess we’ll find out if people show up for Avatar 2.”

Set a decade after the events of the first film, Avatar: The Way of Water will dive deep into Pandora where the Sullys – Jake, Neytiri and their kids navigate family life. From what we’ve seen in the trailer, the characters will be faced with a new threat. In case you missed it, check out the trailer here:

Avatar (2009) is set to re-release on September 23 ahead of the sequel – Avatar: Way of the Water arriving on December 16 this year.