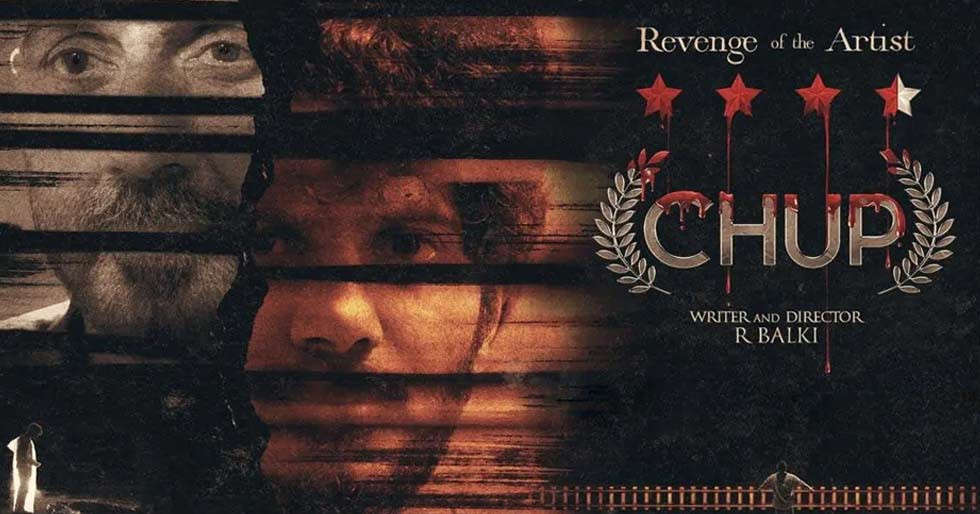 Movie critics, beware! There’s a dreaded killer on the loose and he’s out to get you. So be truthful about the artistic merit of the film you’re reviewing otherwise he’ll chop you off. Considering that Balki’s films have always received favourable reviews, it’s a mystery why he has cooked up this revenge fantasy. And considering former film critic Raja Sen is part of the writing team, the mystery is even more puzzling. The film is also Balki’s tribute to Guru Dutt and to hundreds of other creative souls who found real life too disturbing. The film portrays that cinema offers a means of escape for the common people from their mundane lives and hence it becomes the duty of the director to churn out a well-made film. And it’s the duty of the critics to judge a film for its content and the emotions it evokes, and not put their own biases in the reviews. It points out that Guru Dutt gave up directing films after his Kaagaz Ke Phool (1959) was by and large panned by the critics. That’s a loaded statement, as there’s a line of thought which says it’s the masses who make a film a hit or flop commercially. A badly made film might become a hit if they take to it and a film which ticks all the boxes might fall flat at the box office if the viewers don’t develop a nose for it. Kaagaz Ke Phool is today considered a classic and is taught at film schools. So maybe posterity is a better judge than criticism or box office figures.

There are basic flaws in the screenplay. It’s not made clear as to how the killer, who only owns a bicycle, is able to kidnap and transport people out of their homes and kill them at different sites. And he’s able to do so under the heightened presence of police. Also, he’s able to evade all the security cameras everywhere. It just doesn’t add-up.

But leave aside these glitches and the laughable presmise, and you’ll see a beautiful love story brewing up between Dulquer Salmaan, who plays a reluctant florist, and Shreya Dhanwanthary, who wants to be a genuine critic. It’s a poetic romance, overlaid with music from Guru Dutt films, with cinematographer Vishal Sinha replicating the lighting and ambience of Dutt’s cinematographer, the legendary VK Murthy. Romance has never looked serene in recent times and kudos to the director and cinematographer for getting the sur right.

You’ll also see Sunny Deol playing a hardcore police detective. Sunny makes a solid comeback through this film. His image of an action star has always overshadowed his abilities as an actor. Balki draws out the actor in him, letting him grow in his character. He’s not some frustrated, angst-ridden cop out to change the system but a dedicated officer who methodically connects the dots and tries to come up with a logical explanation for everything. Sunny has a great screen presence which is utilised effectively and his to the point performance is one of the highlights of the film. It’s good to see Pooja Bhatt back in action. She plays a psychiatrist who helps the police profile the killer. It’s a short and impactful role where she shines. South actress Saranya Ponvannan makes her Hindi debut with this one. She plays Shreya Dhanwanthary’s blind mother and the mother-daughter sequences are as real as they come. Her sassy reactions are a delight indeed.

Shreya Dhanwanthary has always been a natural in front of the camera. She’s given another credible performance here as a somewhat naive entertainment journalist who undergoes emotional growth during the course of the film. Dulquer Salmaan was so good in the recently released Telugu film Sita Ramam. Hindi audiences know of him from Karwaan (2018) and The Zoya Factor (2019). Here, he plays a complex character who identifies himself with Guru Dutt. The end scene where he strikes a Dutt like pose from Pyaasa (1957) is sure to take you back in time. It’s not an easy role to essay and the actor gives it all to it, winning you over with his sincerity and commitment.

Chup: Revenge of the Artist can only be described as an experiment. Watch the film for the fine performances by the entire ensemble cast and for its homage to Guru Dutt and his brand of cinema.

Trailer : Chup Revenge of the Artist


Story: A psychopath is killing film critics one after the other in the most gruesome manner. Can the police catch him before the next film review is out?

Review: It’s a nightmare for us film critics we never saw coming until co-writer and director R Balki came up with this novel idea of our tribe getting ruthlessly sliced for rating a film. A psycho-killer is on the loose targeting top movie critics and he could be just about anyone. A disgruntled filmmaker, a miffed actor or simply an ardent cinema lover. The cops led by inspector Arvind Mathur (Sunny Deol) are just as clueless because this serial killer makes no mistakes and kills his victim with a creative finesse.
At a concept level, Balki and his team of writers (Raja Sen and Rishi Virmani) have a virgin plot that focuses on the life of the film critics, whose vocation has never really been explored in Hindi cinema. He dedicates the first half in cooking up the story and building up the intrigue, quite brilliantly. So much so that the randomly infused love story of a lonely florist Danny (Dulquer Salmaan) and a novice entertainment reporter Nila (Shreya Dhanwanthary) doesn’t seem much of a distraction. But as the second half rolls in, it gets harder to care about the insipid love story between Danny and Nila. Sure, the screenplay tries its best to keep it all related to the core plot of the bloody killings, but the narrative starts to drag nonetheless. Now, all you can do is wait for the big reveal in the end, but in a Bollywood thriller that is seldom rewarding. And ‘Chup’ is no exception.

While the love story misses the mark, Balki’s own love for cinema doesn’t. He executes many a frame with exquisite shot taking (by cinematographer Vishal Sinha) and a hauntingly brilliant background score recreated from yesteryear chartbusters like ‘Jaane kya tune kahi’ and ‘Yeh Duniya agar mil bhi jaaye’ from Guru Dutt’s classic ‘Pyaasa’. This creates the mystical atmospherics that add more chills to the killer’s carefully crafted murders.

Dulquer Salmaan gives in his best to play a loner and a lover. One can see the actor’s struggle in juggling his complex character and he does a satisfactory job of it. Shreya Dhanwanthary (of Scam 1992 fame) is endearing as the woman in love but her role as a journalist doesn’t give her much scope to perform. Sunny Deol makes a smashing comeback. He plays the smart and dedicated investigating officer quite well with the required restraint. And it feels good to see him team up with Pooja Bhatt, who leaves a mark even in her short yet significant role. She plays a fierbrand psychologist Zenobia – a strong and opinionated character that feels tailormade for her. The customary Amitabh Bachchan cameo in this Balki film doesn’t feel out of place either. Tamil actress Saranya Ponvannan’s character of Nila’s progressive mother is a hoot.