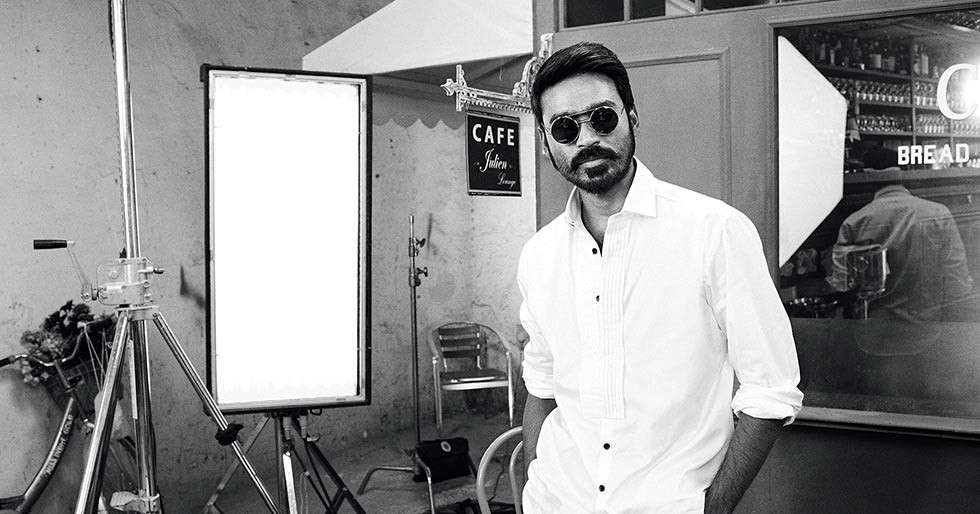 Dhanush occupies an interesting space in pop culture. Somewhere between winning accolades for films like Aadukalam (2011), the internet phenomenon Why This Kolaveri Di, and Asuran (2019), he rose to fame. And that was only the beginning of his career spanning decades. Over the years, Dhanush has taken to directing, producing and music-making. After winning over the South and Bollywood, the superstar has now set his gaze westwards. Dhanush recently made his Hollywood debut with the Russo Brothers’ The Gray Man starring Ryan Gosling, Chris Evans, Ana de Armas and more. The big-budget action thriller sees him play Avik San, a Tamilian agent and a man of few words. A character that seems to be tailor-made for the actor. However, actions speak louder than words, and Dhanush certainly isn’t one to keep it low key.

In The Gray Man, he goes up against Ryan Gosling’s Court Gentry with an unparalleled swagger. That’s just what you get when you pair one of our biggest stars with some of the most prolific action filmmakers Hollywood has to offer. In an exclusive interview with Filmfare, Dhanush opened up about his scene-stealing Hollywood debut, Indian representation in international cinema, and more.

Your character, Avik San, is described as a “lethal force” in the posters. What was your approach to playing him?

To be honest, I gave in to what the characters required, and this character specifically needed more physical preparation because of the intense action scenes.

The Gray Man sees you do the “superhero landing,” so if you were to be cast in a superhero film, which character would you pick?

I would rather have a superhero character developed for me, an Indian superhero.

While the Russo Brothers are known for action films, including Marvel’s Avengers, we’re curious to know if you had any notes or ideas for them.

Haha, not really. Our interaction was more or less limited to the film in hand.

In the film, you have an extended fight sequence with Ryan Gosling and Ana de Armas. What was your experience of shooting those scenes?

The stunt choreographers, James and Mark, were really awesome and made the whole process really smooth in how I learnt and what I learnt. All the actors had trained really hard, and there were a lot of rehearsals, but when we went on the floor, it all just exploded.

What was your experience of working with Ryan Gosling, Chris Evans, and Ana de Armas?

It was a great experience to work with such international actors. They were kind and professional, and I had a great time.

What made you pick The Gray Man? Can you give us an insight into why you pick certain films and your process of choosing roles?

You have done a fair share of action films. Which films from your career would you say prepared you for your Hollywood debut?

I think all the films are put together. The knowledge I have gathered in the last two decades in the film industry has immensely helped me to showcase what I can contribute to this character.

How different was the on-set experience in Hollywood from filming for projects in the South and in Bollywood?

As an actor, I did not feel any difference, but the technicians would know more about the working differences in all industries.

We’re finally seeing good Indian representation internationally in the past few years. Can you talk about how important it is for you to be a part of that?

I’m just glad talent from our country is being recognised all over the world. It’s about time.

And finally, how would you say you have evolved as an actor from your very first film to your big Hollywood release?

Your question pretty much describes evolution. I feel blessed and grateful to have had the opportunity tobwork with such amazing directors from our country who built and shaped my career.