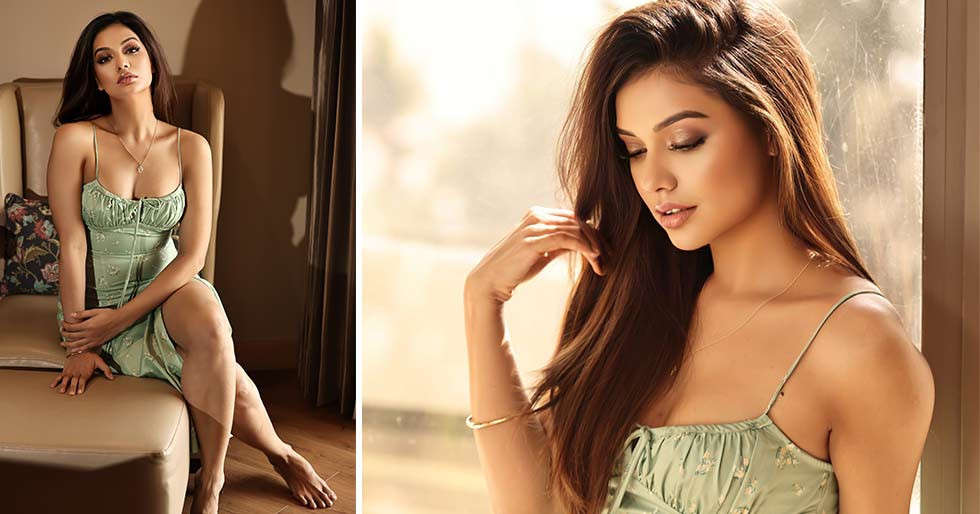 Divya Agarwal shot to fame with her stint in Splitsvilla. She won the Big Boss OTT and gained further recognition. Her big acting debut happened with the horror web series Ragini MMS Returns season 2. She was also seen in OTT shows such as Cartel and Abhay. In Cartel, she showcased six different avatars. It must have been difficult to maintain all of these looks.

Divya Agarwal says her powers of observation came in handy while essaying her role. “I looked around for real-life people I could draw inspiration from. I saw an old man sitting on a bench in a park and copied his posture. I saw a sweeper in a municipal hospital and mimicked her gestures. My dance training too helped, because in dance you flow from one mood, one expression to another flawlessly.”

She reveals that even as a child, she could easily break up dance routines in her head. “I have been choreographing annual day events for my school since I was 13 and opened my own dance class when I was 15, where I taught some 700 students. I also opened a YouTube channel called Open Window to teach dance moves. My parents saw that spark in me quite early and have always encouraged and supported me. Their only criteria was that I should excel in whatever field I chose to follow.” Though like any other Indian parents, they imposed restrictions. Wearing short clothes was frowned upon and talking to boys was strictly off limits. She followed a curfew and was expected to be back at home by a certain time.

She transitioned from the world of reality shows to the world of acting quite seamlessly. Probe her and she states it wasn’t quite all that easy. She mentions that on reality TV, she just had to be herself. She’d always been frank and straightforward in real life, and she extended that during Splitsvilla and BigBoss OTT. “Reality TV has become different from what it was ten years ago,” she explains. “Thanks to social media, everyone is under heavy scrutiny all the time and sometimes you get mercilessly trolled because of it. It’s not an easy space to be in because of that. You are expected to be yourself, but even a simple remark can trigger off a wave of hateful comments.” She says viewers really invest a lot in such shows. And the correct attitude is to take it all as a learning experience. Compared to that, acting in a fictional show seems more of a breeze to her because everything is scripted.

She was chosen by Ekta Kapoor to be part of the Ragini franchise and came on board knowing that it was a big responsibility. She was nervous about it at first, but as the shooting progressed, she started getting more comfortable with the process and it was smooth sailing from then on. “I played the lead character and hence the onus of success and failure was on me. I was apprehensive at first because of that, but didn’t let the fear get to me. My co-stars were quite supportive and their caring attitude helped me adjust well to my role.” She says she feels privileged to have worked with actors like Supriya Pathak and Kunal Kemmu early in her career and says it was a great learning experience. “Initially, I was apprehensive about working with them. I have this habit of facing my fears head on. So I took the initiative to interact with them and break the ice. Once they got to know me better, there were no worries. It’s good for you as an actor if you work with talented people, as you can ask them to point out your mistakes and make your part better.”

In one episode of Abhay, she had to talk down to a fan, and it’s something she found hard to do as her career has been built around the goodwill she generated as an influencer. “I told myself – listen, you’re playing a character. You’re not doing this in real life. So tighten your belt and just get on with it.” After being successful on OTT, she’s waiting for her big Bollywood debut to happen. She says the length of a role doesn’t bother her, as long as she has something meaty to do. “I wouldn’t mind playing Shah Rukh Khan’s mother or Kartik Aaryan’s grandmother if I got to do something worthwhile in a film,” she jokes, adding, “I don’t have this insecurity that I’ve got to play my age in films. I’m willing to play any age as long as my role is a memorable one.”

She’s open to working in all kinds of genres and storylines and would love to do something that’s futuristic in nature. “Something like a Minority Report, you know, or Gattaca, which tells you what our society would be like in future. I’m often thinking about whether we would still have the same set of prejudices when it comes to class, race or religion or would we outgrow them and have different biases altogether?”

Hailing from a world that isn’t a figment of the entertainment industry, makes the journey here all the more challenging. One that Divya Agarwal experienced on her initial days of stepping into the periphery of stardom. Her honesty is quite refreshing as she spoke her heart out about how she takes failures in her stride and propels herself to only focus on hard work, combatting challenges faced and expressing gratitude on working with stalwarts.