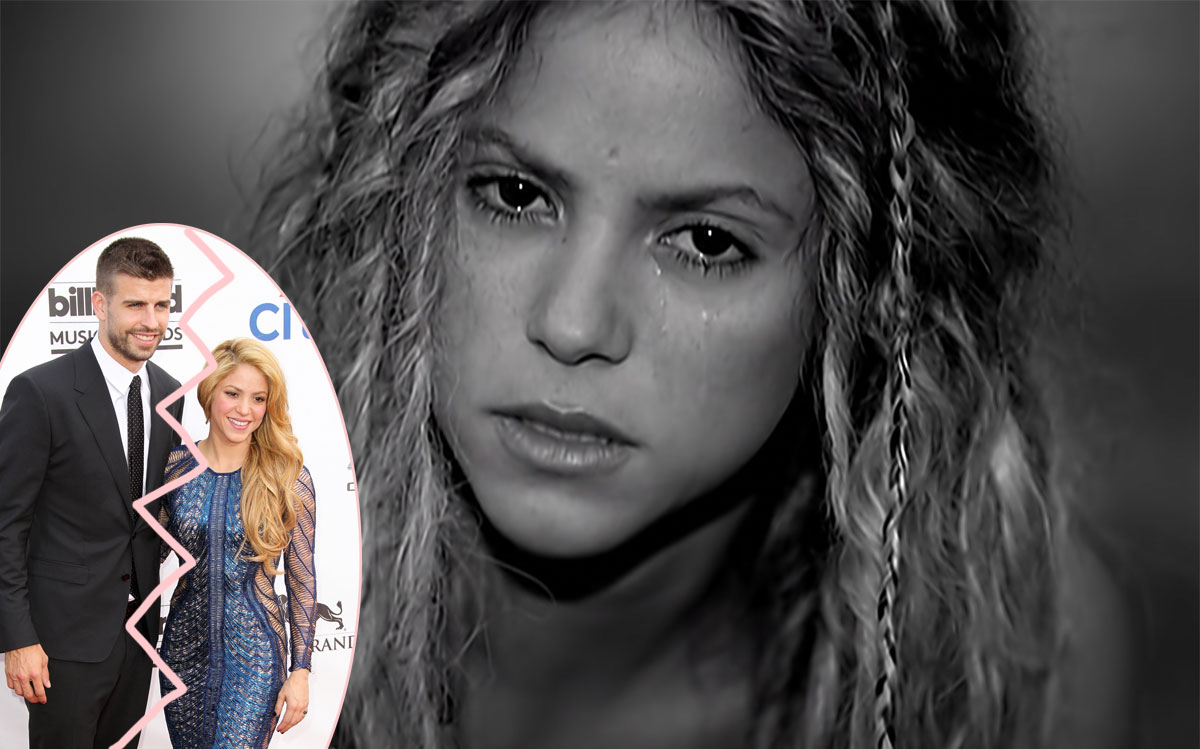 Shakira is expressing exactly how she feels.

The 45-year-old singer took to Instagram on Saturday to post a, well, sort of disturbing video. In it, you can see what appears to be a human heart oozing blood on the street, with a (male?) passerby stepping on it in a black leather shoe, further squishing it into the pavement. Told you it’s disturbing! In the background, you can vaguely make out a woman with long golden hair, similar to that of Shakira’s, seeming to reach out for it before it’s stomped on, but of course, it’s too late. Pretty vivid imagery…

And if that wasn’t enough, the video is then rewound so you can see it all happen again, but in reverse and on a LOOP! Shakira, are you ok??? She captioned the post “Nunca dije nada, pero me dolía. Yo sabía que esto pasaría,” which translates to:

“I never said anything, but it hurt me. I knew this would happen.”

See the full thing (below), but again be warned it’s pretty gross:

Related: Shakira Will Go To Trial Over Tax Fraud Allegations

As of now, it’s not 100% clear what the Hips Don’t Lie singer is referring to, or if these are visuals from an upcoming music video, but it’s hard to imagine it’s expressing anything other than the pain of her breakup. Fans agreed, rushing to the comments to offer their support. Comments included:

“Piqué, Spain? The Press? Everything?”

“Anyone [notice the] detail in the background? I think that’s her trying to grab the heart before it gets stepped on!”

Sure, she’s going through other things right now, but it’s probably safe to say it has something to do with Gerard Piqué, as the first commenter suggested, and the Waka Waka singer’s recent split from her husband of 11 years! They revealed the separation in a joint statement back in June, writing:

“We regret to confirm that we are separating. We ask for privacy at this moment for the well-being of our children, who are our maximum priority. Thank you in advance for your understanding and respect.”

The two share 9-year-old Milan and 7-year-old Sasha. As we previously reported, the singer opened up to Elle about the divorce last month, explaining:

“It’s hard to talk about it, especially because I’m still going through it, and because I’m in the public eye and because our separation is not like a regular separation. And so it’s been tough not only for me, but also for my kids. Incredibly difficult.”

Related: Shakira Is Trying To Shield Her Kids From Gerard’s New Rumored GF!

“I try to conceal the situation from them as much as I can. It’s really upsetting for two kids who are trying to process their parents’ separation. And sometimes I just feel like this is all a bad dream and that I’m going to wake up at some point. But no, it’s real.”

Absolutely heartbreaking! We really feel for her and her children. Guess we’ll just have to wait and see if she adds any more context to her IG post in the future. Until then, leave your thoughts in the comments (below)!