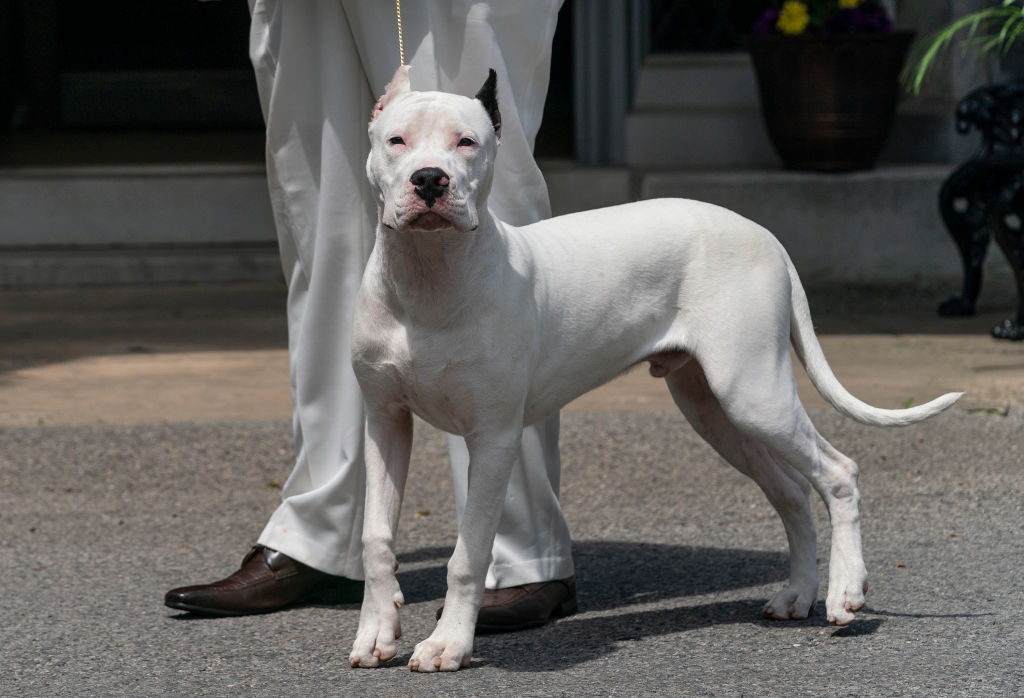 An elderly California woman was mauled to death by two dogs during her morning walk in the latest incident amongst a string of deadly dog attacks throughout the country in recent months.

Soon Han, 80, found dead on the side of the road after taking a stroll in the Baldy Mesa area of the Mojave Desert on Friday Morning, when she was attacked by two Dogo Argentinos, according to ABC 7.

The breed of canine responsible for the fatal attack is among several breeds that are banned in the likes of New Zealand, the UK, and Denmark amongst other countries.

The dogs were eventually captured and have since been taken to a shelter pending a dangerous animals hearing, the outlet reports.

Han “suffered major injuries during the attack and was pronounced dead at the scene, per the San Bernardino County coroner.

The dog owner was located and is cooperating with the investigation, according to authorities.

According to the Centers for Disease Control and Prevention and the Humane Society of the United States, there are about 4.7 million dog bites every year in the U.S. These bites result in approximately 16 fatalities.

Dogos Argentino is a large, white, muscular breed of dog that was developed in Argentina primarily for the purpose of big-game hunting, including wild boars and pumas.

It was first bred in 1928 from the Cordoba fighting dog, along with a wide array of other breeds, mainly bulldogs and terriers, including the Great Dane, Dogue de Bordeaux, Pointer, and Bull-and-Terrier.

They have been described by the American Kennel Club as “large, powerful, and athletic.”

The deadly dog attack is the third of its kind to occur in the United States over the last several weeks.

Last month, an 89-year-old woman was killed by her family’s two pitbulls in Golden, Colorado, while her 12-year-old grandson was left severely injured.

Officers used tasers and non-lethal shotguns in that incident in an effort to scare the canines away from her, but were unable to do so until more units arrived on scene.

Both of those dogs were ultimately put down.

Last week, two young children were killed when their family’s two pitbulls attached them and their mother, despite having owned the dogs for eight years.

Two toddlers were mauled to death by the family’s pet pit bulls in Shelby County, Tennessee.

The mother of the children, Kirstie Jane Bennard, 30, spent “over 10 minutes” trying to fight off the two dogs when they suddenly attacked the 5-month-old boy and the 2-year-old girl. pic.twitter.com/0U5Bh9cNQM

Two-year-old Lilly Bennard and five-month-old Hollace died after the attack in Memphis, Tennessee.

Their mother, Kirstie Bennard, 30, was left covered in bite marks with severe injuries.

Those two dogs were also euthanized, according to authorities.