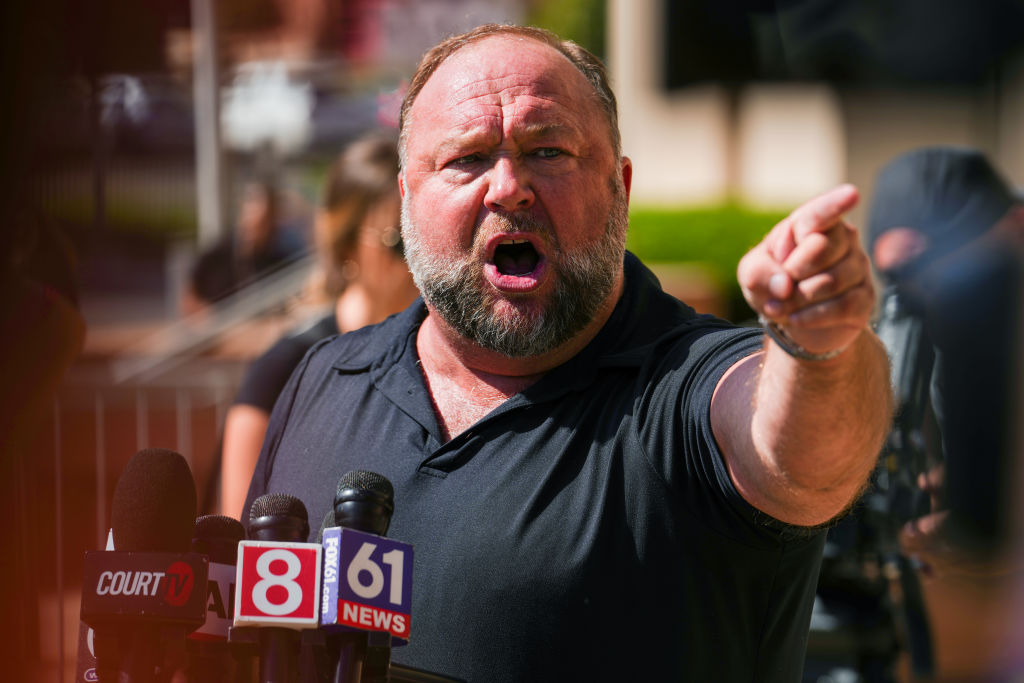 Controversial radio host Alex Jones was ordered to pay $965 million in damages to the families of eight Sandy Hook Elementary School shooting victims, along with a first responder, for falsely claiming that the 2012 massacre was staged.

A six-member Connecticut jury took three days before ultimately returning a unanimous verdict, according to the New York Post.

The InfoWars host was not present at the court when the verdict was announced, despite testifying at the trial last month, which included tearful and emotional testimony from relatives of Sandy Hook victims.

Families told the jury that they have been harassed and threatened by Jones’ followers, after it was determined he and his media company Free Speech Systems, which operates the InfoWars website, spread lies about the mass shooting.

The Barden family, whose 7-year-old son Daniel was fatally shot during the Sandy Hook massacre, testified that people had urinated on their son’s grave and even threatened to dig up his corpse to prove he was still alive, the Post reports.

Robbie Parker, whose 6-year-old daughter Emilie was also killed at the school, told the jury about the ongoing harassment he received after Infowars posted a video of him smiling the day after the shooting.

That was enough proof for Jones to wrongly paint Parker and others as “crisis actors,” the outlet reports.

“It would come in these waves,” Parker said of the harassment. “It was almost like I knew when Alex Jones said something, because we would get a huge wave of stuff.”

The 48-year-old Jones remained unapologetic during his testimony, saying he was “done saying I’m sorry” for spreading lies about Sandy Hook.

Jones ultimately declined to present a defense in the case, with his attorneys resting without putting forth any evidence or witnesses in their clients favor.

On Wednesday outside of the Connecticut courthouse, Jones called the proceedings a “kangaroo court” and a “show trial,” the sole purpose of which was to put him out of business.

According to Celebrity Net Worth, a financial forensic expert estimated that Jones and his companies were worth between $135 to $270 million.

At the trial, it was revealed that between 2015 and 2022, Jones’ primary company Infowars averaged $53.2 million in gross revenue.

Jones had already previously lost four defamation lawsuits filed by Sandy Hook families late last year, with the trial in Connecticut being the second of three trials for juries to decide on how much money Jones must pay in damages.

This week’s verdict comes two months after an Austin, Texas jury, where InfoWars is based out of, ordered Jones to pay upwards of $50 million in compensatory and punitive damages to the Scarlett Lewis and Neil Heslin, whose 6-year-old son Jesse was amongst the 20 children killed during the 2012 attack, according to news reports.

Jones sought to portray himself as a victim in that trial, who had been “typecast” for claiming the shooting was staged.

He has since said that he now believes the massacre actually happened.