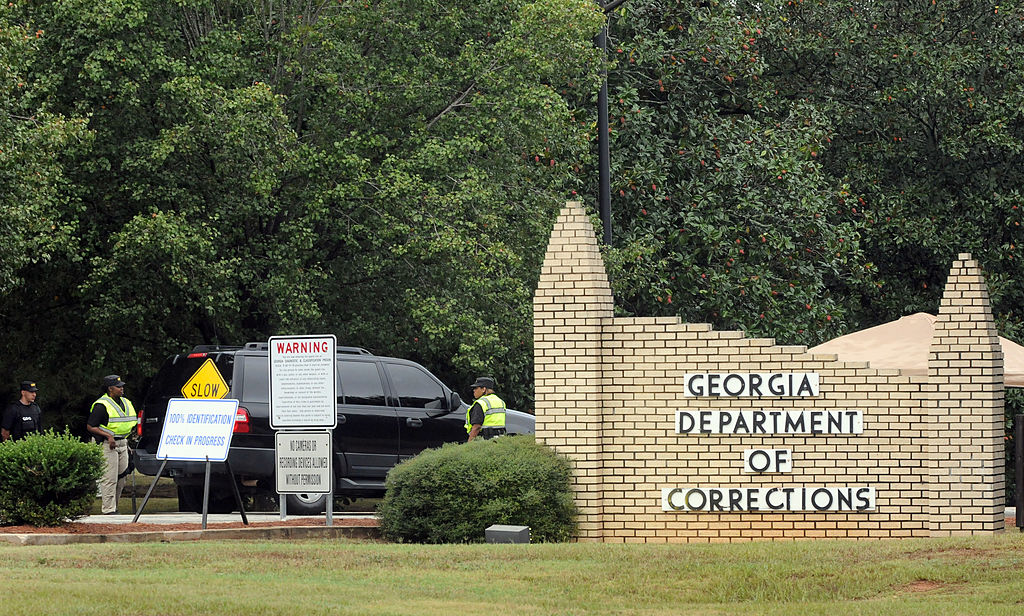 An inmate in Georgia’s maximum security prison is being accused of swindling $11 million – and purchasing a $4 million mansion in Atlanta – after impersonating a California billionaire in a story ripped right out of a Hollywood storyline.

Federal agents have been sifting through evidence for over two years to determine how 31-year-old inmate Arthur Lee Cofield Jr. assumed the identity of billionaire movie mogul Sidney Kimmel and stole $11 million from Kimmel’s Charles Schwab account, according to the Atlanta Journal-Constitution.

Kimmel is the chairman and CEO of Sidney Kimmel Entertainment, a Los Angeles-based company that’s produced  such films as “Hell or High Water,” “Crazy Rich Asians” and “Moneyball.”

Now, authorities are investigating whether Cofield, a gang member who’s serving 14 years for armed robbery, may have gotten away with stealing millions of dollars more from other billionaires.

“Cofield was a shrewd, intelligent individual who could con you out of millions,” said Jose Morales, the warden at the Special Management Unit when Cofield was there.

Georgia inmate Arthur Cofield Jr pulls off one of the biggest heists EVER from inside prison as he steals $11 million from billionaire Sidney Kimmel and buys $4.4 million Atlanta mansion using a smuggled-in cell phone 😳 pic.twitter.com/54Go6E7SR4

Cofield’s plot – which amounts to one of the biggest heists ever pulled off from inside an American prison – involves everything from private planes, gold coins, duffel bags packed with cash and a $4 million mansion in Atlanta’s upscale Buckhead district.

And he did so all behind bars at Georgia Department of Corrections’ Special Management Unit, a maximum security facility that houses the state’s most dangerous criminals.

Federal authorities claim Cofield used contraband cell phones to convince customer service agents at Charles Schwab that he was Kimmel, while wiring $11 million to a company in Idaho for the purchase of 6,106 American Eagle one-ounce gold coins, the outlet reports.

Cofield then managed to arrange for a private plane to fly the gold coins to Atlanta, where $4.4 million was used to purchase the home in Buckhead.

He has since pleaded not guilty to new charges of conspiracy to commit bank fraud and money laundering. His 27-year-old daughter Eliayah Bennett and a 65-year-old named Eldridge Bennett have also pleaded not guilty to charges that they helped Cofield further the scheme outside of the prison walls, according to the Journal-Constitution.

The case was first uncovered by federal authorities in 2020, however little has been reported on it until recently, after new court filings obtained by the Atlanta Journal-Constitution revealed several significant details, with the outlet being the first to report that Kimmel was the victim, and that there may be other victims as well.

Authorities Have Evidence That Cofield Accessed Another Billionaire’s Account And Stole $2.25 Million

Although Cofield has only been charged with scamming Kimmel, federal authorities believe he likely he stole millions in a similar fashion from other billionaires as well, according to the outlet.

“Mr. Cofield has figured out a way to access accounts belonging to high net worth individuals, frankly billionaires, located across the country,” a federal prosecutor, Scott McAfee, said at a bond hearing in December 2020.

McAfee added that the government also has evidence that Cofield illegally accessed an account belonging to Nicole Wertheim, the wife of Florida billionaire Herbert Wertheim, stealing $2.25 million before exchanging those funds for gold coins as well.

The incident is one of many examples of the Department of Corrections’ failure to stop illegal activities behind prison walls.

Department officials had known long before the investigation began that Cofield had access to contraband cell phone and was using them for criminal activities.

He even bragged to prison guards that he had “hundreds of phones” after it was discovered that he had a cell phone and charger hidden on his person.

Cofield was actually transferred from Georgia State Prison to the Special Management Unit following a warrant being issued for his arrest in Fulton County after he ordered a shooting in Atlanta from behind bars which left the victim paralyzed from the waist down.

He still faces charges including attempted murder in that case.