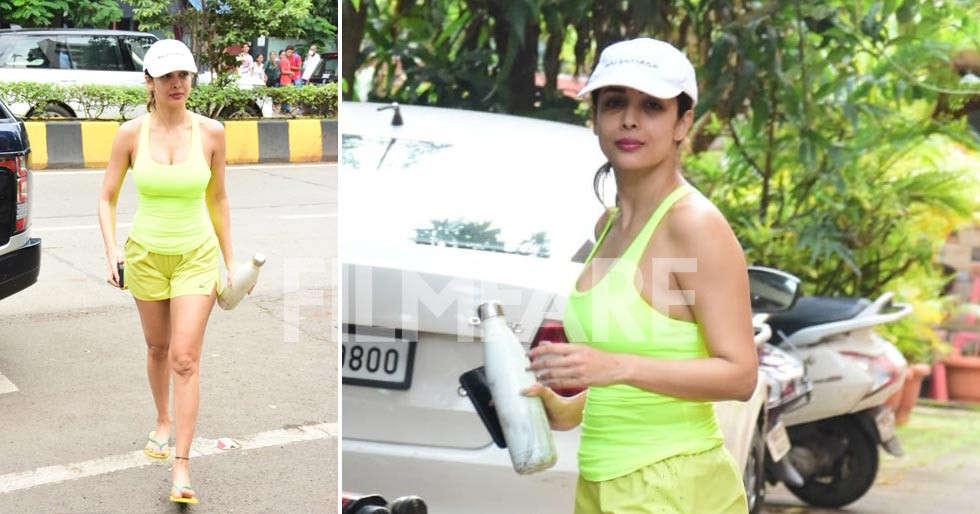 Malaika Arora is one of Bollywood’s fittest divas. The actress and former supermodel was clicked by the paparazzi as she arrived at her gym. Malaika has been an inspiration for many and has been a regular at the gym. She is also a strong advocate for yoga. Today, Malaika was clicked in a neon outfit which she paired with a cap. The actress has been dating Arjun Kapoor for a long time now. While the couple kept everything hush-hush initially, they have started opening up about their relationship and sharing pictures with each other. They also indulge in social media PDA at times and it’s sweet, to say the least.

“Now we are in a phase where there are a lot more relationships that are not so hidden. I believed in my relationship, I believed in my love, and that is the reason I was able to come out. First, you have to solidify that foundation. Secondly, you have to understand that there are other people involved in this, it is not all about you. Growing up, I have seen those repercussions when the media did not exist to this level. I have grown up as a child on that end of the spectrum. Most importantly, when I took baby steps, I respected the relationship, and the media also respected my space. They also made sure it was written with dignity. Some things are private regardless of who I am dating. At the same time, there is something very real and true between us, so why should I hide that? I wanted a certain dignity for the relationship, and for that, you have to come out with it in a dignified way. I never wanted to prove a point, I just wanted to nurture it,” Arjun Kapoor told Filmfare in an exclusive interview in August this year.

Check Out The Pictures