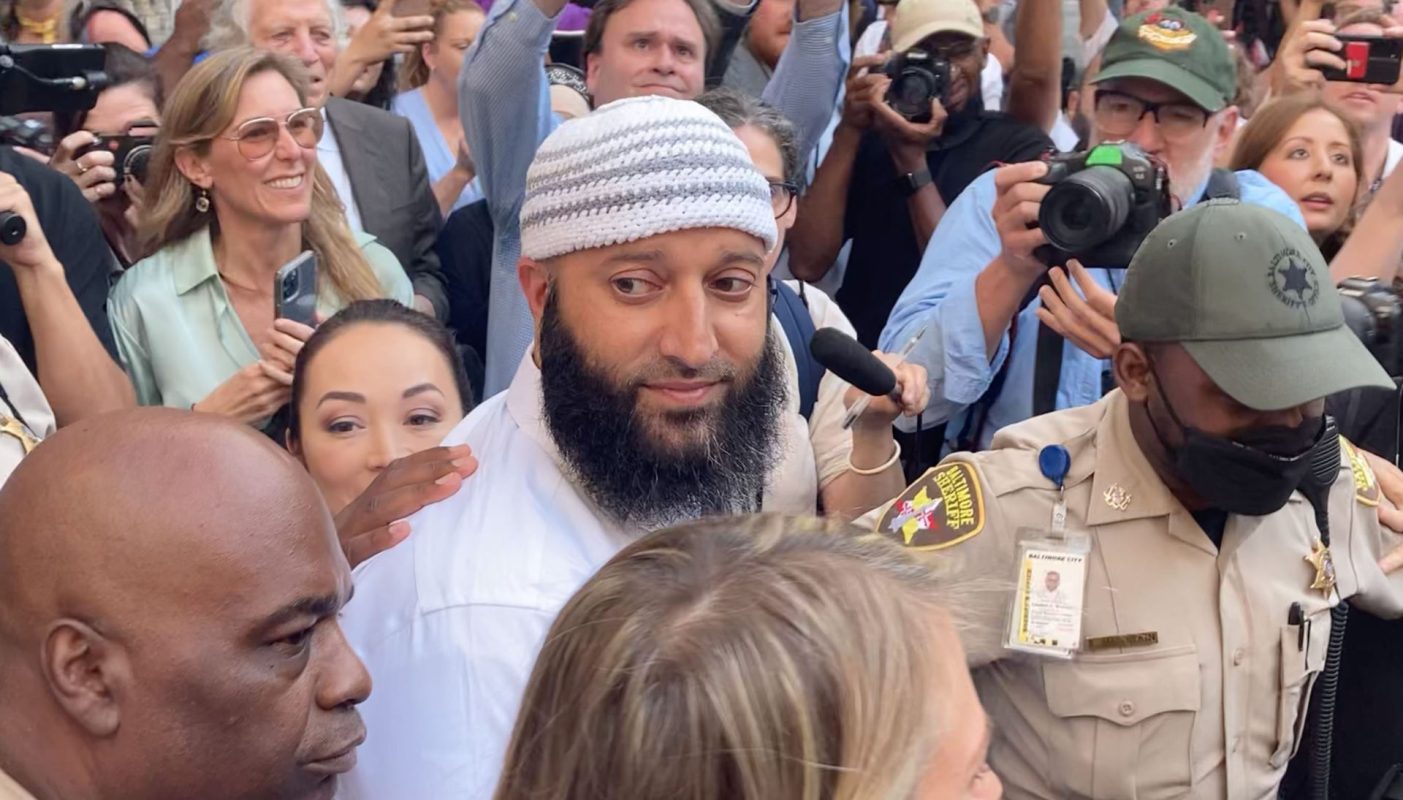 After 23 years in prison, prosecutors cleared Adnan Syed on Tuesday (October 11) in the killing of 18-year-old Hae Min Lee. Throughout his imprisonment, Adnan maintained that he did not kill his high school ex-girlfriend in 1999. According to the Associated Press, Baltimore prosecutors dropped the charges against Adnan following additional DNA testing in the case.

“This case is over. There are no more appeals necessary,” Baltimore’s state attorney Marilyn Mosby said at a news conference.

Per the state attorney, DNA testing using modernized methods excluded Adnan as the person who strangled Hae Min Lee. Their office received the testing results on Friday (October 7). Experts tested Hae’s skirt, pantyhose, jacket, and shoes. They recovered some DNA on Hae’s shoes but none on the items. However, per Mosby, Adnan’s “DNA was excluded.”

Despite Adnan’s exclusion, Mosby revealed her office “will continue to utilize every available resource to prosecute whoever is responsible for the death of Hae Min Lee.”

“It’s still an open and pending case, but with regard to Adnan Syed, the case is finished,” Mosby said.

What Happened To Hae Min Lee?

Adnan and Hae Min Lee maintained an on-and-off relationship while attending Woodlawn High School in Baltimore County. Hae Min Lee was last seen alive on January 13, 1999. About four weeks later, her body was found buried in a Baltimore park. An autopsy later revealed that the high school student was manually strangled to death.

In 2000, a jury convicted 17-year-old Syed of first-degree murder, robbery, kidnapping, and false imprisonment, per The New York Times. In the years since, Adnan has filed multiple appeals.

Syed’s unwavering claim of innocence inspired coverage on multiple media fronts over the years. His case captured the nation when Sarah Koenig chronicled and investigated it on the premiere season of the podcast Serial in 2014. Adnan and Hae Min Lee’s story landed the podcast number one on iTunes before its debut and several weeks after. In 2015, Serial won a Peabody Award.

The Baltimore City Circuit Court judge also gave prosecutors 30 days to determine if they would retry Adnan or drop the charges. Meanwhile, she placed Adnan on house arrest with GPS location monitoring. On Tuesday, that restriction was lifted.

However, Hae Min Lee’s family was not pleased with last month’s ruling. They asked the Court of Special Appeals to grant another hearing so they could attend in person and address the court. According to AP, Hae’s younger brother Young Lee was the only person able to participate in the previous hearing via video due to the short notice.

Though Mosby says the family’s appeal does not affect Tuesday’s decision to drop the charges, the appeals court hasn’t dismissed the request yet. Syed’s defense team is awaiting their decision. Tuesday’s news shocked the family, who say they learned of Mosby’s decision via news outlets.

“The family received no notice and their attorney was offered no opportunity to be present at the proceeding,” Attorney Steve Kelly said. “By rushing to dismiss the criminal charges, the State Attorney’s Office sought to silence Hae Min Lee’s family and to prevent the family and the public from understanding why the State so abruptly changed its position of more than 20 years. All this family ever wanted was answers and a voice. Today’s actions robbed them of both.”

However, State Attorney Mosby said she notified Steve Kelly on Tuesday morning. She said at the news conference that Kelly did not respond. However, she did apologize to Hae and Adnan Syed’s families.

“The fundamentals of the criminal justice system should be based on fair and just prosecution,” Mosby said. She added, “and the crux of the matter is we are standing here today because that wasn’t done 23 years ago.”

Though State Attorney Mosby said Adnan was “wrongfully convicted,” his defense team has to initiate a petition for his innocence and get it certified. His lawyer Erica J. Suter spoke at a news conference on Tuesday. She revealed they’d be filing a motion for the innocence certification “as soon as possible.”

However, Erica said it’s still too early to reveal whether Adnan would be seeking compensation for the wrongful conviction. He reportedly plans to continue pursuing his bachelor’s degree, which he began in prison. For now, Adnan is “elated,” “joyful,” but “still processing.”

“I think he’s just really elated to be able to have the small quiet everyday joys of freedom that many of us take for granted,” Attorney Suter said.

Meanwhile, the state attorney’s office’s investigation found evidence pointing toward two alternative suspects. According to AP, the two suspects might have been involved in the killing of Hae Min Lee together or individually. Prosecutors also said the two suspects were known at the time of the original investigation but were not adequately ruled out.

Both suspects have a history of criminal offenses. One was previously convicted of attacking a woman inside her car, while the other was convicted of serial rape and sexual assault. However, it’s unclear if these offenses occurred before or after the killing of Hae Min Lee.

Prosecutors dropped charges against Adnan Syed on Tuesday in the 1999 killing of Hae Min Lee after additional DNA testing excluded him as a suspect in a case chronicled by the hit podcast “Serial.”