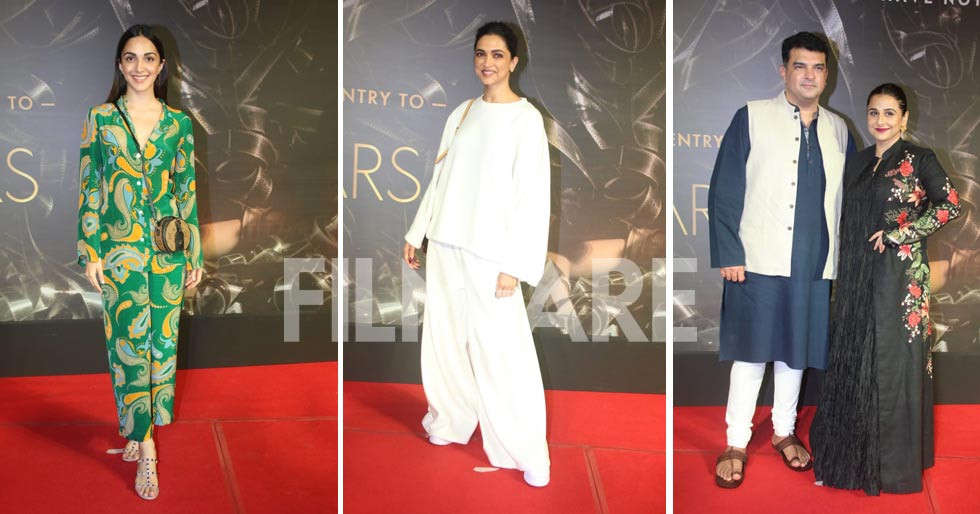 Chhello Show or The Last Film Show is India’s entry for the prestigious Academy Awards this year. The makers of the film held a special screening of the feature film in Mumbai last evening and the event was graced by the most popular and respected names in the business. Actors Deepika Padukone, Vidya Balan, Kiara Advani and Shriya Pilgaonkar were clicked as they arrived to watch the movie. Vidya Balan was accompanied by her husband, producer Siddharth Roy Kapur.

Babil Khan was also clicked on the red carpet of the event. Chhello Show is a coming-of-age drama which is directed by Pan Nalin. The film stars Bhavin Rabari, Bhavesh Shrimali, Richa Meena, Dipen Raval and Paresh Mehta in the lead roles and is set for a theatrical release tomorrow, the 14th of October 2022.

In heartbreaking news, Rahul Koli, the 10-year-old actor of this highly praised film, died yesterday. He was battling leukaemia. The news of his unfortunate demise was shared by Pan Nalin who posted a picture of the actor on his Instagram account along with the caption: “You will always be our Manu of Chhello Show. Rest in light.”