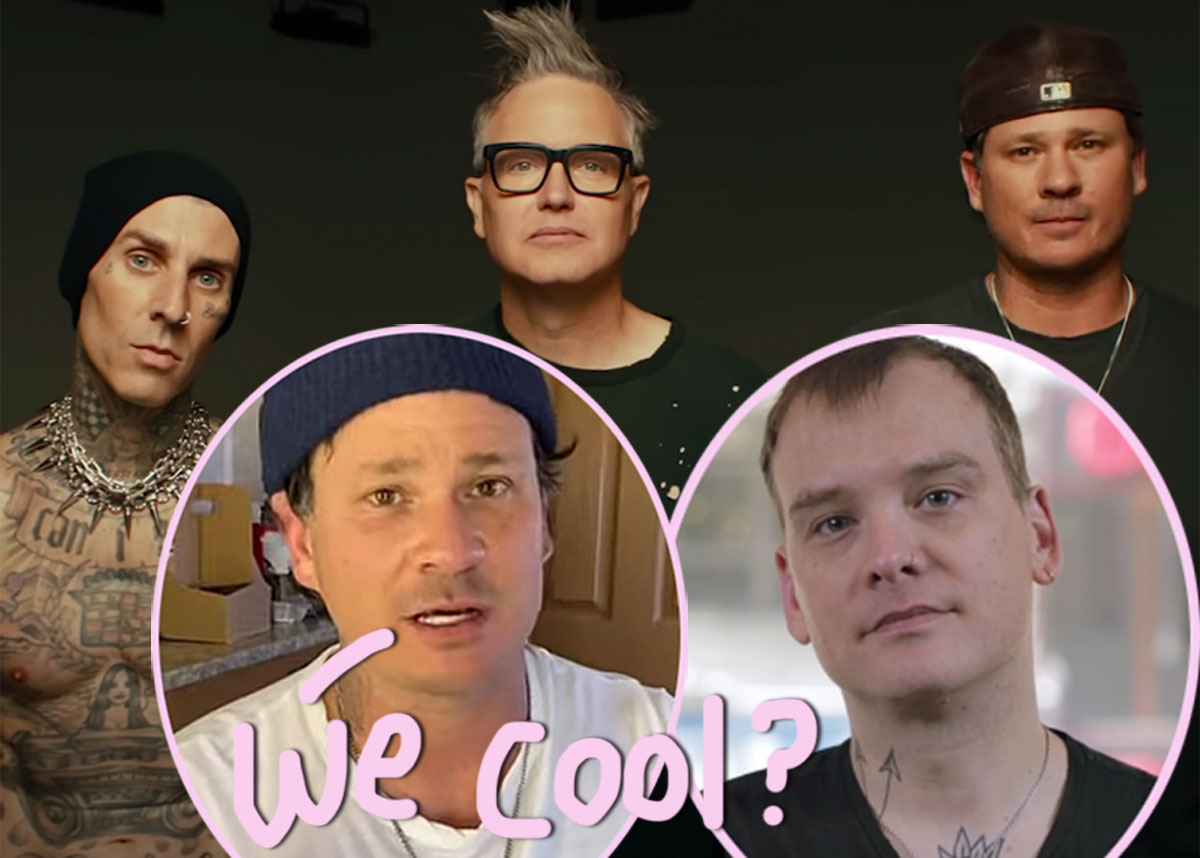 Is there trouble brewing between Blink-182‘s Tom DeLonge and his longtime replacement Matt Skiba?

As you know, last year Blink frontman Mark Hoppus revealed to the world he had been diagnosed with cancer. At the time, the sad news brought the band’s original lineup — Mark, Tom, and drummer Travis Barker — back together. They were even able to repair their longstanding feud and become friends again — the very feud that brought along Matt as Tom’s replacement in after he left the rock band in 2014.

The guitarist played a few live shows with Hoppus and Barker in 2014 before officially joining the lineup and hitting the road with them in 2015. He would go on to record two albums with the group and join them on tour before Covid hit in 2020. Now, as of Tuesday, it’s been announced DeLonge is rejoining the punk rockers on the road for a world tour in 2023 — without Skiba.

If you’re a Blink fan, then you know just how opinionated some fans were over the 46-year-old’s presence in the band — and it’s usually a coin flip on whether he’s favorable or not (although most fans have set aside their differences to thank the guitarist for his years of hard work). But regardless of opinions, the much-anticipated return of Tom got everyone wondering where this leaves Matt. Notably, the Alkaline Trio rocker said to fans earlier this year in July when asked about his membership in the band:

“Your guess is as good as mine.”

And with his silence since Tuesday’s big reveal — well, it’s just not looking like things are cool between them, is it?

On Thursday, however, Tom posted a letter to Instagram thanking Matt “personally” for his work in the band. The caption of the post read:

“I sent this to Matt personally, but it’s important for the world to know that I honor him. Thank you, @matttskiba.”

The actual letter, which was posted in the image, showcased the message the Angels & Airwaves vocalist had sent his replacement where he praised the guitarist for always being “kind”:

“Tom DeLonge here. I wanted to take a minute and say thank you for all that you have done to keep the band thriving in my absence. I think you are enormously talented (I still love and listen to your band to this day). You have always been so kind to me, not only in the press, but also to others. I really noticed.”

Continuing, he mentioned “complicated” emotions between himself and the other members. He also gives Skiba credit for keeping the band around during his absence:

“Emotions between the three of us in blink have always been complicated, but Mark’s cancer really put things in perspective. But to be honest, the band would not even be here today if it were not for your ability to jump in and save the day. So from my heart to yours, thank you for being a member of our band.”

It definitely seems like a genuine gesture on the Box Car Racer alum’s part — but is it pointless? The Heavens former member has been completely radio silent since the big comeback was announced. And with his tongue-in-cheek comment pre-reunion about not knowing his standings with the band, it definitely seems like there might be some bad blood. We really hope not, though…