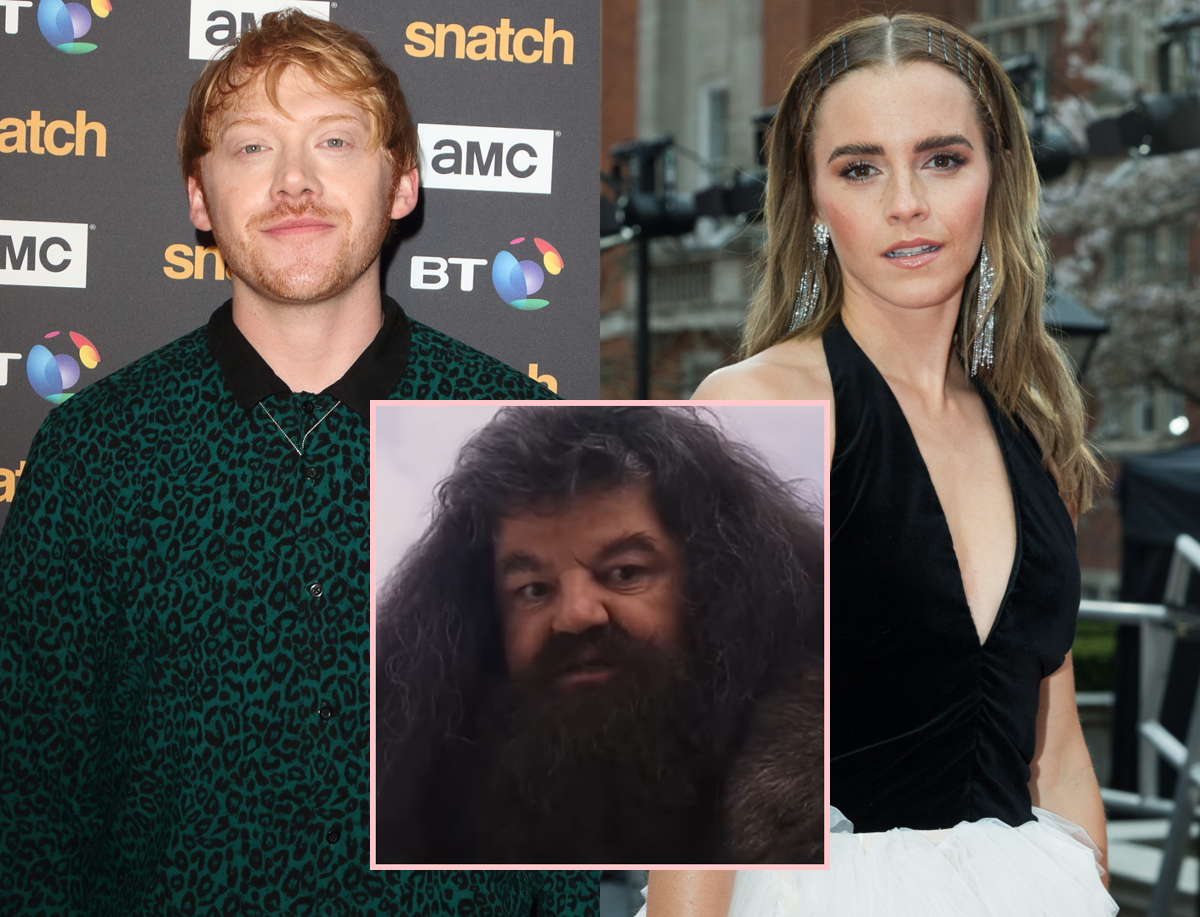 As we reported, the actor – best known for his role as the lovable gamekeeper Rubeus Hagrid in the Harry Potter franchise – sadly passed away at 72 years old in a hospital near his home in Larbert, Scotland on Friday. A cause of death is unknown at this time, but Deadline reported that his agent, Scott Henderson, shared he was in poor health over the past two years.

Following the devastating news of his death, many of his Harry Potter cast members, including Daniel Radcliffe, took a moment to remember Robbie on social media. And the latest tribute comes from Rupert, who portrayed Ron Weasley in the film franchise. Taking to social media over the weekend, the 34-year-old actor said called Robbie a “giant-hearted man” alongside a picture of the beloved character Hagrid sitting in front of his hut:

“Heartbroken to hear that Robbie is gone. I’ll never forget the smell of cigars and beard glue- a wonderful combination. No one else on this planet could of played Hagrid, only Robbie. Just as Hagrid was in the books and films Robbie was in life- warm, compassionate and hilarious. A giant hearted man who was still looking out for us even decades later. Sending love to his family. See you on the other side Bobser.”

Meanwhile, Emma who played Hermione Granger shared a touching Instagram Story post of a picture of her and Robbie at an event, writing:

“Robbie was like the most fun uncle I’ve ever had but most of all he was deeply caring, and compassionate towards me as a child and as an adult. His talent was so immense it made sense he played a giant – he could fill ANY space with his brilliance.”

“Robbie, if I ever get to be so kind as you were to me on a film set I promise I’ll do it in your name and memory. Know how much I adore and admire you. I’ll really miss your sweetness, your nicknames, your warmth, your laughs and your hugs. You made us a family. Know that you were that to us. Rest In Peace, Robbie Coltrane, There was no better Hagrid. You made it a joy to be Hermione.”

Such beautiful words from both Emma and Rupert. Our hearts continue to go out to Robbie’s friends and family during this difficult time.