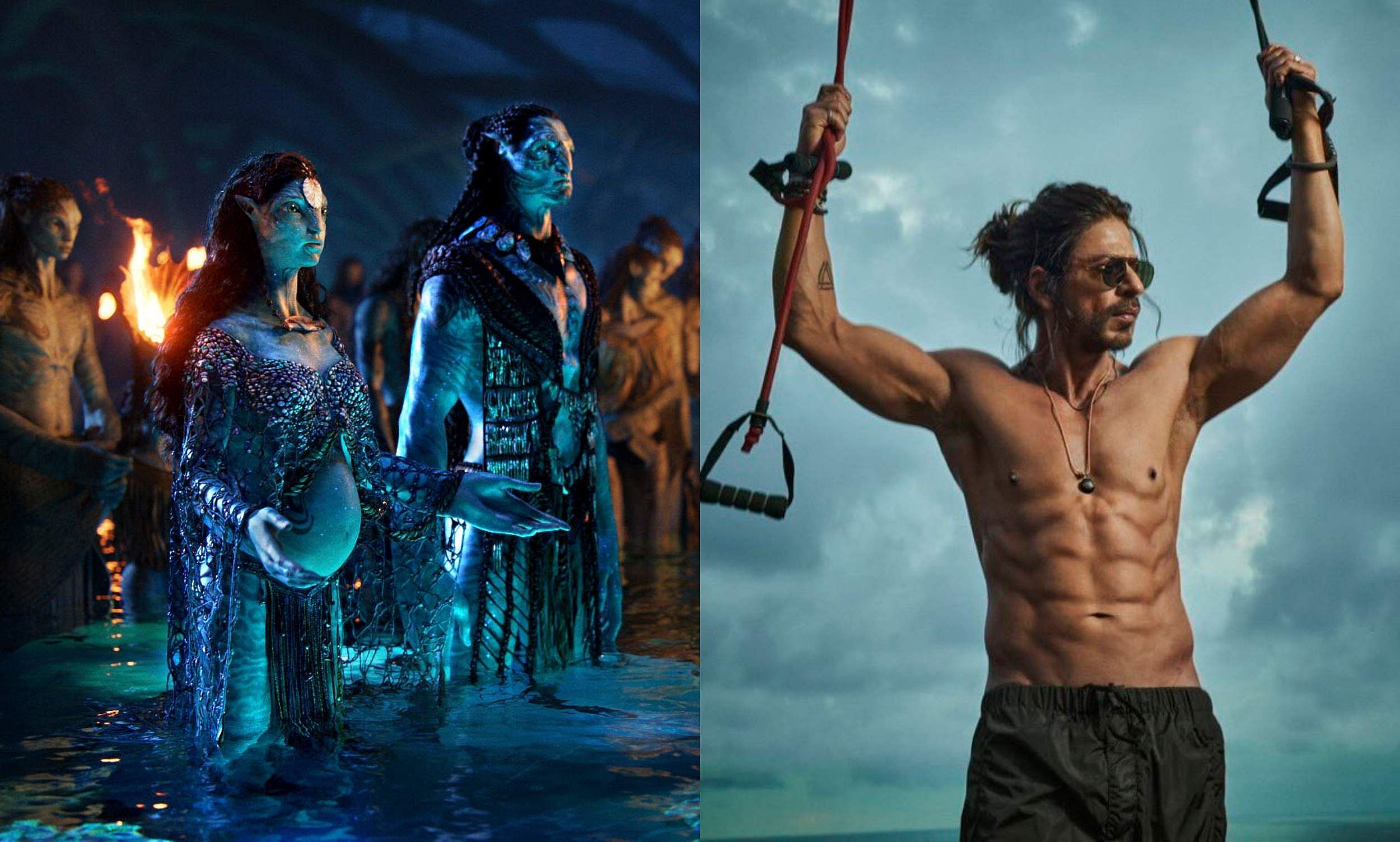 The first official trailer for the Avatar sequel along with SRK’s Pathaan are both confirmed to release online tomorrow. Both these highly anticipated films have been teasing the fans with minimal promotional material so far. We have already gotten a teaser for Avatar: The Way of Water and a small visual glimpse of Siddharth Anand’s directorial with SRK in the lead. While the teaser images showed us a glimpse of what to expect, the trailers, prepped and ready to release tomorrow, are expected to give us a deeper look into the world of these films.

Pathaan has Shah Rukh Khan playing a RAW agent who goes by the codename Pathaan. He has to face an enemy who threatens to shake the very foundations of national security. Pathaan marks the fourth collaboration of Deepika Padukone and SRK after Om Shanti Om, Happy New Year, and Chennai Express. The film is currently scheduled to hit the screens on 25 January 2023 in Hindi, Tamil, and Telugu.

James Cameron’s long-awaited sequel to his 2009 sci-fi film was recently announced to have a runtime of 3 hours and 10 minutes long. The film brings back the principal cast from the original film which includes Sam Worthington, Zoe Saldaña, Sigourney Weaver, Stephen Lang, and Cliff Curtis. The sequel will reportedly focus on the water tribes on Pandora and is reported to have a lot of computer-generated underwater shots. Avatar: The Way of Water is currently scheduled for a worldwide theatrical release on 16 December.