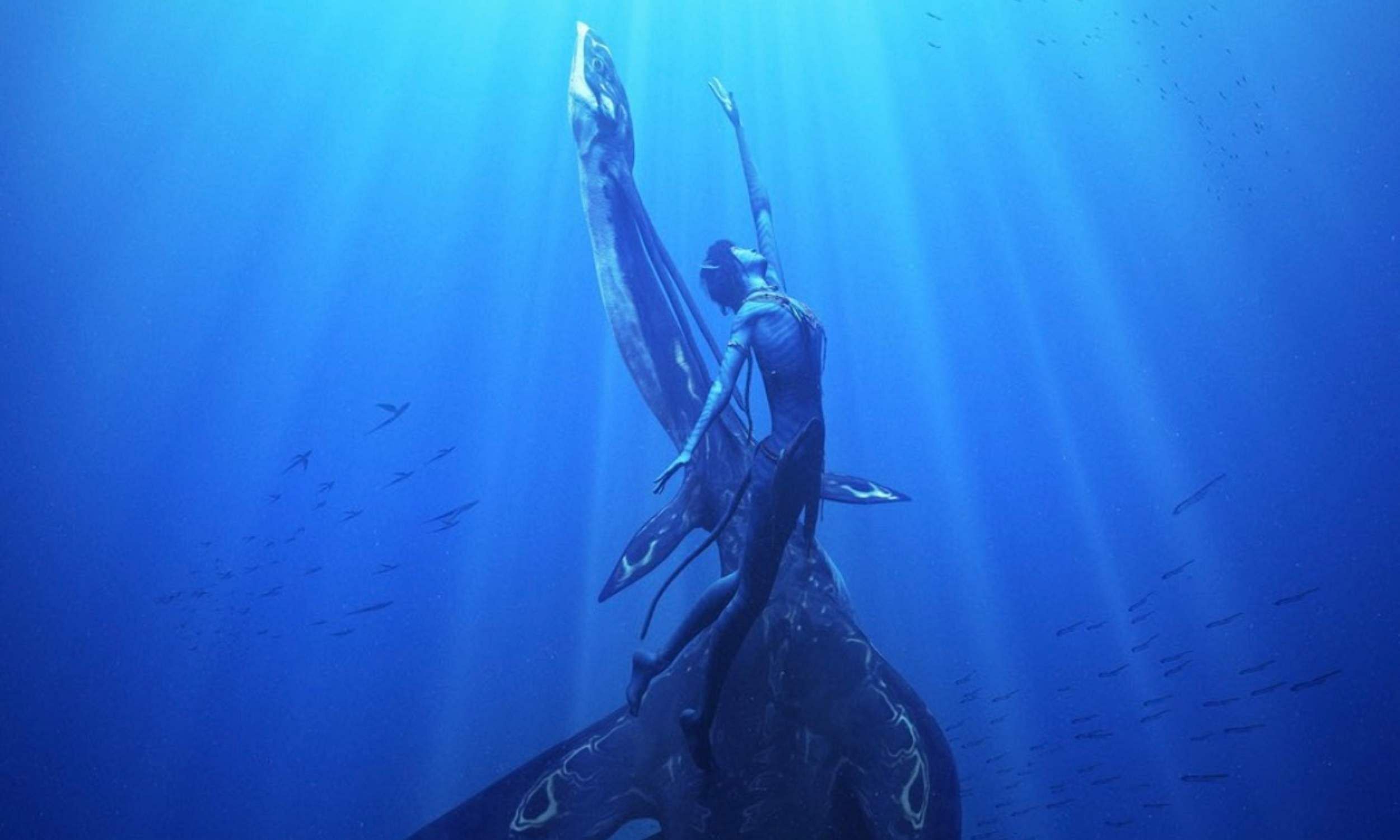 The first full-length trailer for Avatar: The Way of Water has been released online. A teaser for the film had previously been released five months ago. The trailer gives us a deeper look into the world of Avatar and introduces us to new characters and hints at the conflicts and larger themes handled in the film. The much-awaited sequel to the 2009 sci-fi film is scheduled for a worldwide theatrical release on 16 December 2022.

It was recently announced that Avatar: The Way of Water has a runtime of 3 hours and 10 minutes, which is 30 minutes longer than the original film. James Cameron, who has a number of films that stayed at the top of the global box office, took a decade-long hiatus from filmmaking to work on the Avatar sequels. It was previously announced that James Cameron was simultaneously working on Avatar 3, 4, and 5.

The sequel brings back cast members Sam Worthington, Zoe Saldaña, Sigourney Weaver, and Stephen Lang, from the original film. The recurring cast members will be joined by newcomers Joel David Moore, CCH Pounder, Edie Falco, Jemaine Clement, Giovanni Ribisi, and Kate Winslet. It was earlier reported that James Cameron had already shot scenes for the planned sequels and is currently working on the visuals for the film.