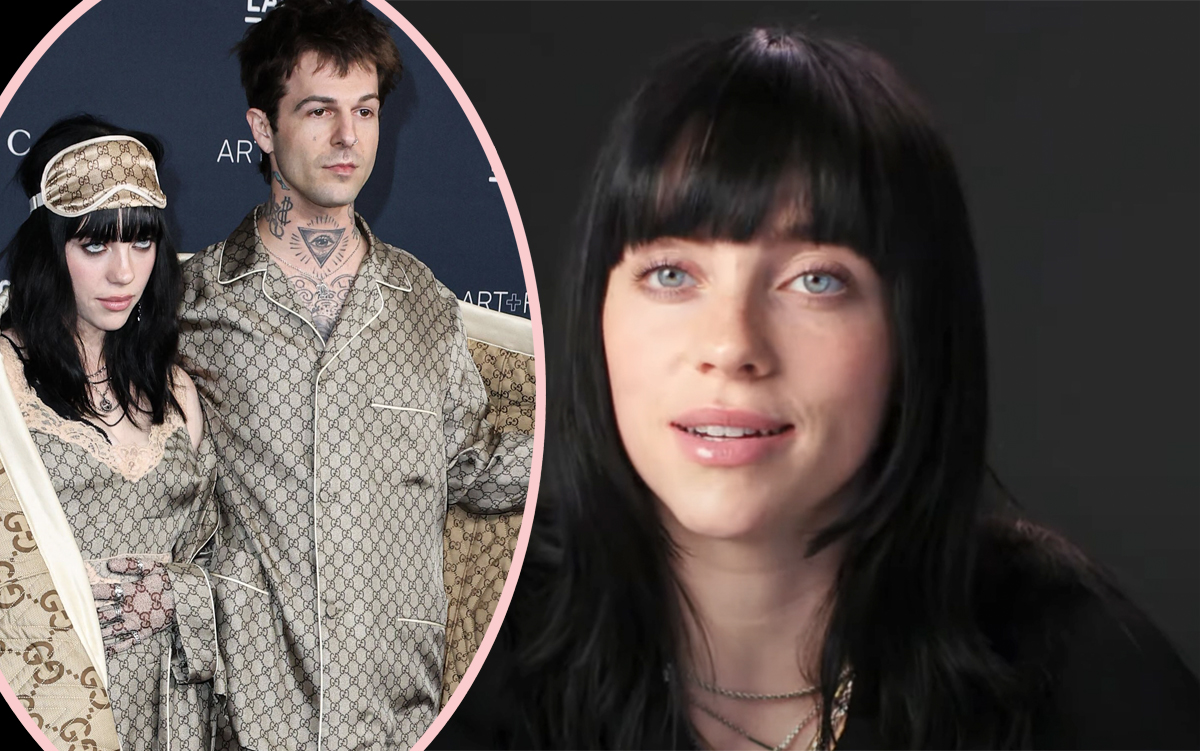 As we’ve been reporting, the 20-year-old Grammy winner has been dating 31-year-old rocker Jesse Rutherford. And while the age gap between this pair has definitely raised some eyebrows on social media, Billie seems unbothered. In fact, she is WAY into the singer-songwriter — and as we are finding out this week she apparently went after him??

On Monday, Vanity Fair released their sixth annual sit-down interview with the Happier Than Ever singer. The interview series, in which she does the “Same Interview” each year, has become quite an annual tradition that has now gone down every year since the inaugural chat aired back in 2017.

In this new sixth iteration of the series, Billie opened up quite a bit about her career and life — and more than ever about her love life. She totally gushed about Rutherford, who is the lead vocalist of the alternative rock band The Neighbourhood. She could barely contain herself as she praised his looks, saying:

“I managed to get my way to a point in my life where I not only was known by a person that I thought was the hottest f**king f**ker alive, but pulled his ass.”

And as she began to smile and clap on cam, she encouraged those on set producing the video to join:

“Jesse Rutherford, everyone! I pulled his ass. All me! I did that s**t. I locked that motherf**ker down.”

Eilish was clearly ecstatic about the relationship and proud of her ability to score this guy. Which, don’t get us wrong, we’re happy for her, but… Does it sound to anyone else like she’s surprised she was able to? Like he’s doing her a favor or something? She does know she’s a pop idol, right? She’s possibly the single most eligible 20-year-old on the planet.

Anyway, back in the VF vid, she told viewers how she is “really excited and really happy” to be dating the rocker, which is more than we can say for her past relationships (which have at least inspired some really great breakup songs). The Bad Guy singer opened up a bit about her appreciation for how much Rutherford apparently trusts her in their relationship:

“I want to be able to have space, and I want love and attention, and equal admiration is really important. I’m just really inspired by this person, and, you know, he’s inspired by me, which is really cool.”

Inneresting. You can watch Billie’s new Vanity Fair interview video (below) for more:

Reactions, Perezcious readers? Are U thrown by the duo’s pairing? Or are you just happy to see Billie so happy? Sound OFF with your thoughts down in the comments (below)…