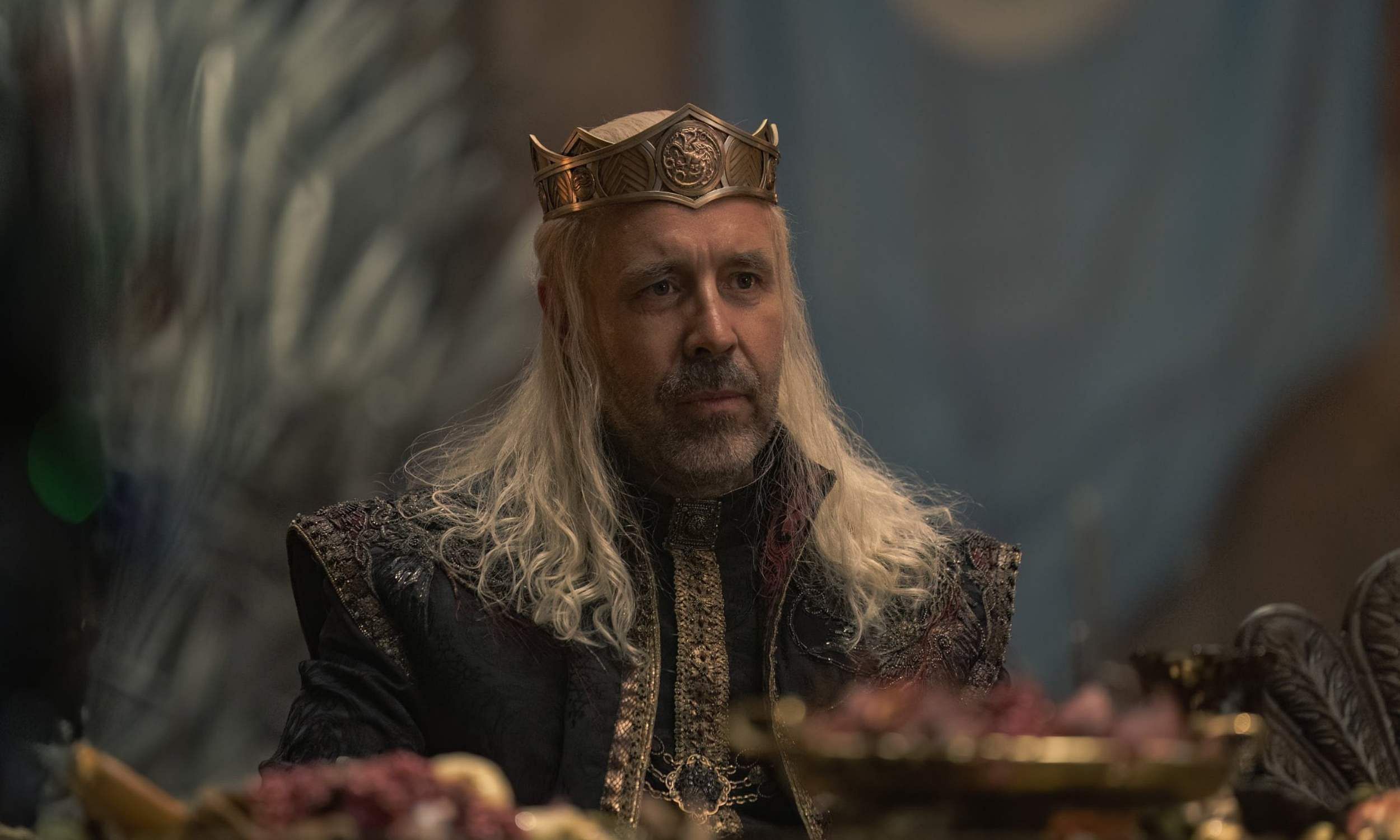 Paddy Considine plays Viserys Targaryen in the recently released Game of Thrones spinoff series House of the Dragon. He has recently come out reflecting on his character in the series, he calls Viserys, “the greatest character I’ve ever played.”

He plays the king of the seven kingdoms in Westeros and the patriarch of the royal Targaryen family. The character is pivotal in how he stands as the final bulwark that holds off chaos in the kingdom, as we see him deteriorate from poor health throughout the series, his absence is shown as aggravating the in-fighting within the royal household. The series ends with the many forces of Westeros going to war with each other to capture the throne.

In a recent appearance in The Adam Buxton Podcast, Paddy Considine said, “I didn’t watch episode eight but my wife had watched it, and my daughter and they were pretty upset with it. My wife said, ‘Just watch the end. Years ago, I’d watched my dad die of cancer and he just went downhill rapidly from being diagnosed to being on death’s door. You know, he became skeletal so rapidly. So, when [my wife] showed me that end thing and my face came up I just burst into tears because I looked the image of my dad when he was dying, the image of him, and it was shocking. It was really, really shocking to me.I’d put so much of my mum’s characteristics into this character, Viserys, but when I saw that I thought ‘That’s my dad’ and it was terrifying. So, it was pretty impactful stuff. The King Viserys character in House of the Dragon, I think that’s probably the greatest character I’ve ever played in my eyes. The story was right. The character was right.”

After the phenomenal response to the first season, HBO renewed the series for a second season, which is all set to begin filming in 2023.