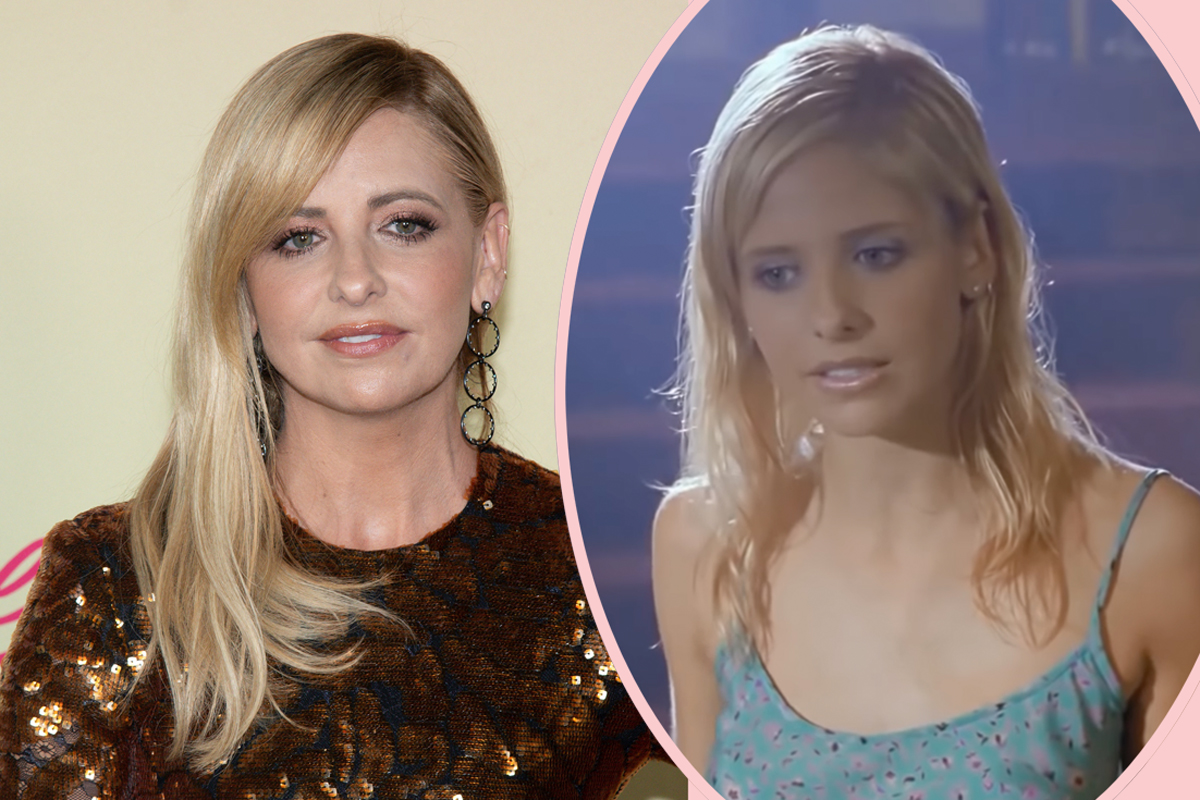 Sarah Michelle Gellar is finally opening up about her negative experiences on the Buffy the Vampire Slayer set.

The Cruel Intentions star appeared at TheWrap’s Power of Women Summit in Los Angeles Wednesday, where she spoke at the Power of Storytelling: Producers Roundtable. It was here she finally spoke out on the now infamous “toxic” work environment show creator Joss Whedon allegedly cultivated. Without naming names, she painted an all-too-clear picture:

“For so long, I was on a set that I think was known for being an extremely toxic male set, and so that was ingrained in my head that that was what all sets were like, and that women were pitted against each other — that if women became friends, then we became too powerful, so you had to keep that down.”

Yep, that unfortunately sounds about right for what we’ve heard about Buffy, sadly — a show that was all about female empowerment was infamously about the opposite behind the scenes. SMG continued:

“And now that I’ve had this opportunity to work with so many more women and men that support women as well, I realized how easy an experience it can be, but unfortunately we’re still in that place where all of those departments a lot of times need to be women for us to have a voice.”

We’re glad things are better — but as she points out, Hollywood is far from being fixed.

This marks the first time Sarah herself has spoken out. In 2020, Ray Fisher, who played Cyborg in the Justice League movie, accused Joss of “gross, abusive, unprofessional” behavior on the set of that film. Joss took over directing duties for following Zack Snyder’s family tragedy. You may remember a WarnerMedia investigation was opened, and Sarah’s Buffy co-star Charisma Carpenter eventually got involved in February of 2021.

Her problems with the showrunner were legendary, and when she finally gave them voice, she buried him. She accused him of “hostile and toxic behavior” on set of the iconic show, as well as its spinoff, Angel. She said at the time:

“For nearly two decades, I have held my tongue and even made excuses for certain events that traumatize me to this day. Joss Whedon abused his power on numerous occasions while working on the sets of Buffy the Vampire Slayer and Angel. While he found his misconduct amusing, it only served to intensify my performance anxiety, disempower me, and alienate me from my peers. The disturbing incidents triggered a chronic physical condition from which I still suffer. It is with a beating, heavy heart that I say I coped in isolation and, at times, destructively.”

Yeah, we know… Disturbing stuff. And other Buffy alums showed their support, with Michelle Trachtenberg even claiming there was a rule she wasn’t allowed to be alone in a room with the screenwriter. Oof.

Sarah followed up with an Instagram post of her own the same month, showing support for her co-star — but crucially never saying anything about the set. She wrote diplomatically:

“While I am proud to have my name associated with Buffy Summers, I don’t want to be forever associated with the name Joss Whedon. I am more focused on raising my family and surviving a pandemic currently, so I will not be making any further statements at this time. But I stand with all the survivors of abuse and am proud of them for speaking out.”

Joss himself later broke his silence in January of this year, but instead of apologizing he denied any and all allegations.

As for Sarah, she cryptically told the New York Times back in September she’d had her “own fair share of experiences” as a woman in the industry but again chose to not elaborate. She noted:

“I don’t win by telling my stories, emotionally, for me. I look at people that tell their stories, and I’m so impressed. But in this world where people get torn apart, and victim blaming and shaming, I just keep my stories in here.”

Troubling stuff, but we’re glad SMG feels safe enough to provide some details now. What do you think of her latest statements, Perezcious readers? Let us know in the comments down below!