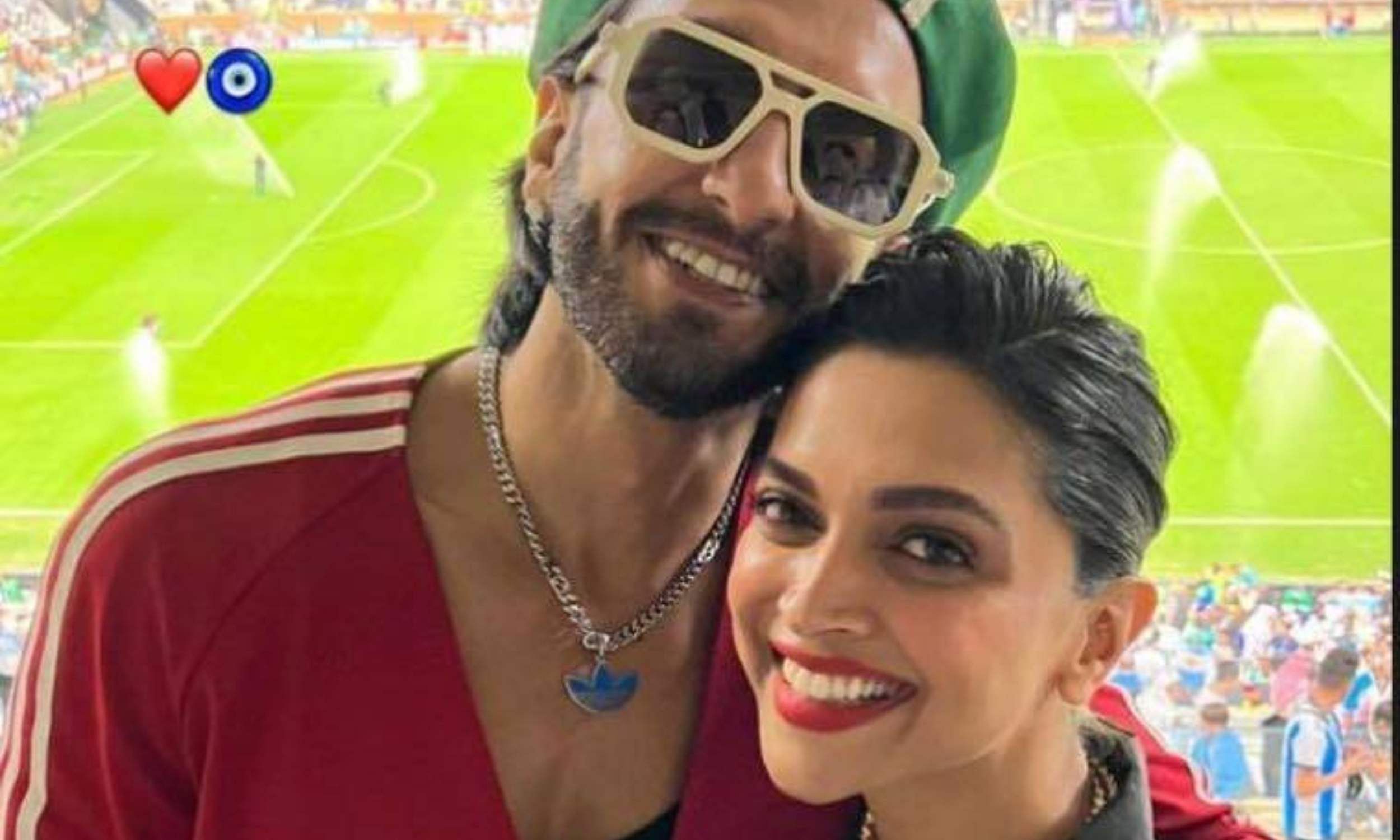 Deepika Padukone became the first Indian on Sunday to unveil the FIFA World Cup trophy. She, alongside former Spanish goalkeeper Iker Casillas, showcased the Jules Rimet Trophy ahead of the final between Argentina and France, which was ultimately won by the Lionel Messi-led team.

Deepika walked to the field of the Lusail Stadium in Doha alongside Iker, who held the golden trophy. The actor wore a white shirt with a brown jacket. She paired it with a black skirt and high-heeled boots. Deepika’s look was designed by Louis Vuitton. Earlier this year, Deepika was appointed as Louis Vuitton’s first-ever Indian brand ambassador.

Deepika’s actor-husband Ranveer Singh also posted pictures with his wife on his Instagram stories in which they can be seen hugging in anticipation during the penalty shootouts. Ranveer captioned the video, “That historic moment.” In other videos, Deepika is seen hooting and cheering. Captioning the video where Deepika is unveiling the trophy, Ranveer wrote, “Bursting with pride. That’s my baby!” He shared another video of her and wrote, “Just check her out! Sparkling on the world’s biggest stage!” He posted a photo with Deepika and wrote, “Trophy toh mere haath mein hai….so glad we got to witness this together.” He also shared Deepika’s reactions to Messi’s goal.

On the work front, Deepika is gearing up for the release of Pathaan with Shah Rukh Khan and John Abraham. She also has Project K and Fighter in the pipeline. Ranveer, on the other hand, is waiting for the release of Cirkus. He is also working on Karan Johar’s Rocky Aur Rani Ki Prem Kahani with Alia Bhatt.