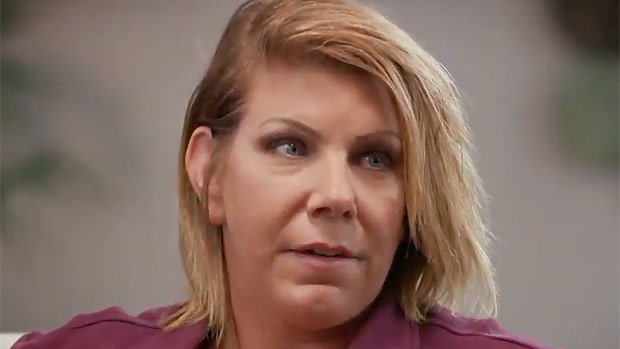 Meri Brown has stayed Kody Brown for years, even though they’ve barely had an intimate relationship to speak of since her catfishing scandal in 2015. During one-on-one interviews on the Dec. 18 episode of Sister Wives, Kody stood by a comment he made on the show this season about running a patriarchal household. The comment came amidst Christine Brown’s decision to leave Kody and the family. “At that moment, I’m like, I screwed this up,” Kody said in his one-on-one. “I should’ve been more patriarchal. It’s a dumb idea, I realize, but in the moment, I’m going like, ‘Ladies, she wouldn’t be leaving and we wouldn’t be having these problems during COVID if I would’ve just been the head of the family.’”

When Meri was asked in her one-on-one whether she sees Kody as the head of the family, she replied, “I absolutely do.” When host Sukanya Krishnan then asked Meri to clarify whether that means she subscribes to patriarchy, Meri confirmed, “Yeah. But I also am a strong, independent woman and I can do whatever I want. [Is Kody] going to support me in that, as well? It’s looking like those maybe [don’t fit in the same puzzle].”

Meanwhile, Janelle Brown was NOT for a patriarchal lifestyle. “Now, all of a sudden, his tune is, ‘I’m going to be the head of the household and if you don’t agree with me you can’t be around me,’” Janelle said. “He’s like, ‘Plural marriage is standing in the way of my personal progress.’ He said that to us one time. Maybe he doesn’t want to do that anymore. Maybe he wants it to be simpler and easier. He’s changed his tune.”

While Kody was having issues with Janelle, Meri and Christine this season, things seemed to still be going well with fourth wife, Robyn Brown. According to Janelle, that’s because Robyn subscribed to the kind of lifestyle Kody now wants. “The way he wants his relationship to look [is what he has with Robyn],” Janelle insisted. “That’s not how we initially set it up. We were going to work together as a team to raise this family. That was our main goal. There weren’t conversations like this about how he’ll be in charge for decades. And now, the last few years, it’s like he wants his life to look more like that.”

She added, “From what I see from the outside, it looks like Robyn is willing to live that way and that’s great if it works for them. It feels like it would feel nice if I had a husband who would see MY perspective as much as he seems to see Robyn’s.” In previews for upcoming episodes of the one-on-one specials, Janelle and Kody confirmed their separation.

Meanwhile, Meri also seemed to finally resign to the fact that her relationship with Kody might be over. She was asked about a clip from this season, where he revealed that he doesn’t consider himself married to Meri anymore, and admittedly wouldn’t care if she found someone else. Meri revealed that she asked Kody if they should publicly address the fact that they’re “not married” anymore, but claimed that he didn’t want to do so for fear of judgement.

Kody Brown’s Wives: Meet All The Women He’s Married Over The Years

During the one-on-one, Meri found out that Kody had actually thought about reconciling with her during their last anniversary (in April 2021) after she made him her famous rice krispie treats. “The expression was sweet and the mood I was in was the right mood to try and think about reconciliation,” Kody admitted. “I was wiling to see the error of my ways and then work to determine whether we were good with each other anymore.”

However, according to Meri, those feelings didn’t last past the evening of the anniversary. She shared more about what happened that day when the cameras were off. “I put my arms around him and I said, ‘What would you do if I kissed you right now?’” Meri revealed. “He was physically..a board. He was backing up. He’s like, ‘I can’t do that.’ It makes me feel good that he was considering [reconciliation], but it didn’t last through the evening, I guess. I would be open to it, though.” The conversation will continue on the next episode of Sister Wives.