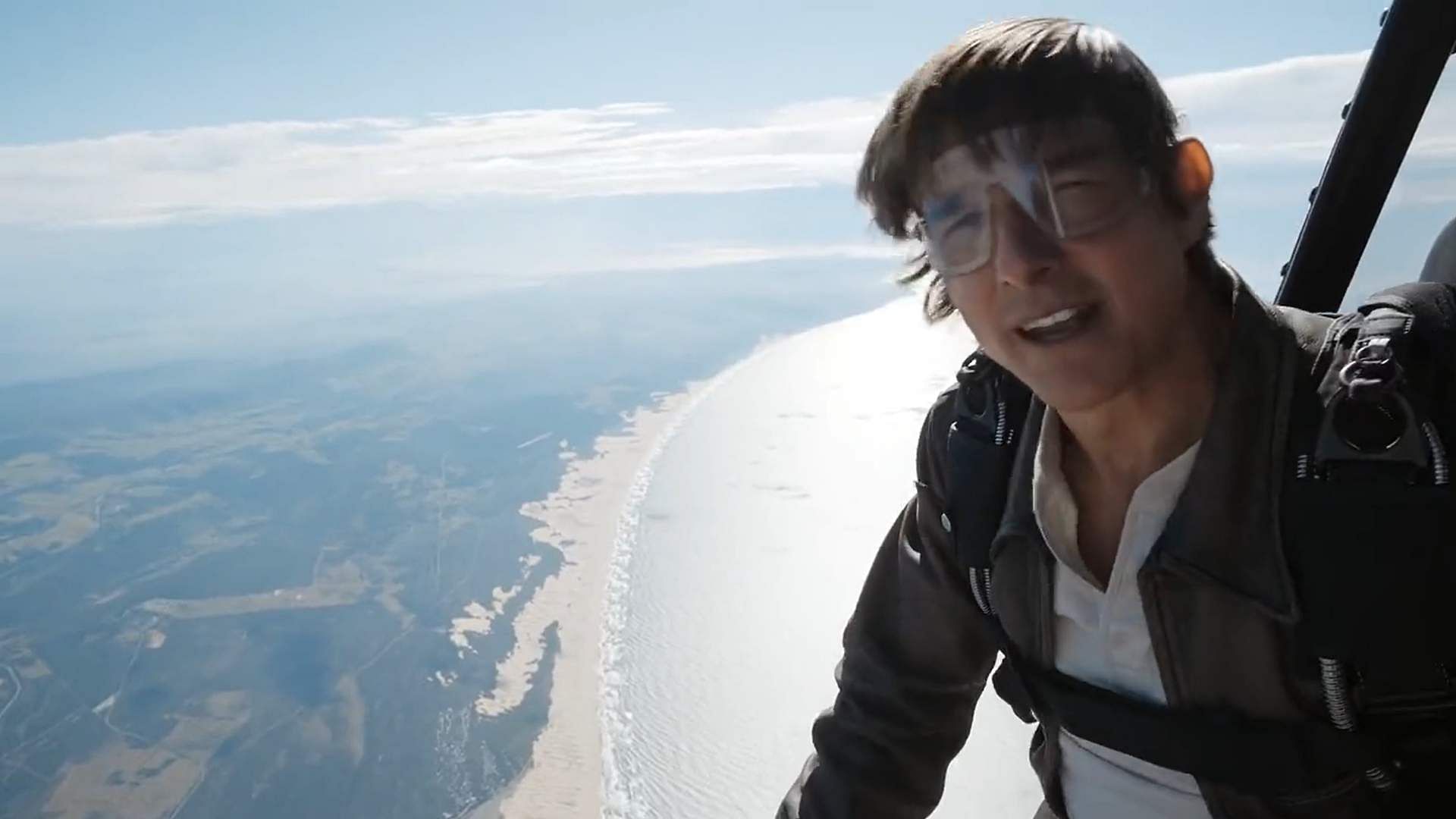 In a daredevil gesture that can only be thought of and executed by the world’s greatest action superstar, and if I may, the last superstar of the world, Tom Cruise jumps off a flying airplane thanking people for supporting the film.

In the video shared on social media, we see Tom Cruise travelling with his Mission Impossible director Christopher McQuarrie, who flatly and smartly refuses to join Tom Cruise on that stunt. This sequence was part of his upcoming film, Mission Impossible: Dead Reckoning.

Before swivelling down from the skies, Tom Cruise profusely thanks the fans, and says,  “Thank you for coming out to the theatres, and supporting Top Gun: Maverick. Thank you for allowing us to entertain you. It is truly an honour of this lifetime.”

And in a line that is delivered with sardonic wit and delicious irony, Tom Cruise wishes all of us a very happy and safe holidays before diving down the skies as he continues filming for Dead Reckoning, which will be released in two parts.