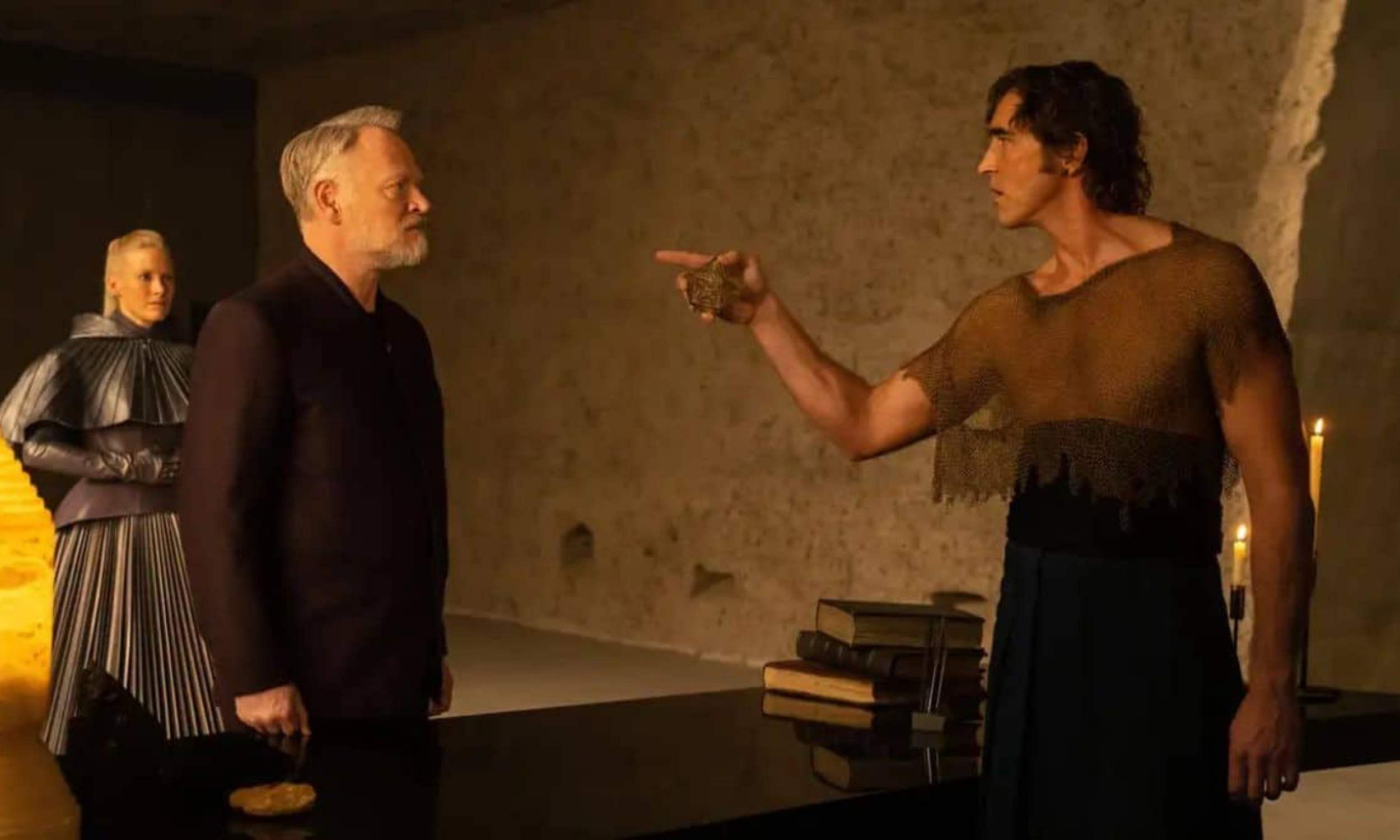 The first visual glimpse at the season of the Apple TV+ sci-fi series Foundation has been released online. Earlier, a first-look poster from the series was released in which Lee Pace’s character Brother Day appeared alongside Jared Harris’s Harry Seldon.

The series is the adaptation of the epic novel series of the same name written by legendary sci-fi author Isacc Asimov. Set several thousand years in the future, the series follows one man’s quest to protect human society from civilizational collapse in a couple of hundred years after he accidentally ends up predicting the downfall of humans in a predictive mathematical algorithm.

The series was developed for AppleTV+ by screenwriter David S Goyer who is best known for writing films like Man of Steel and Batman Begins. Apart from Lee Pace and Jared Harris, the cast of the series also includes Lou Lobell, Laura Birn, Leah Harvey, Cassian Bilton, and Terrence Mann. While Foundation is all set to return in the first half of this year, the makers are yet to confirm a release date for the second season.